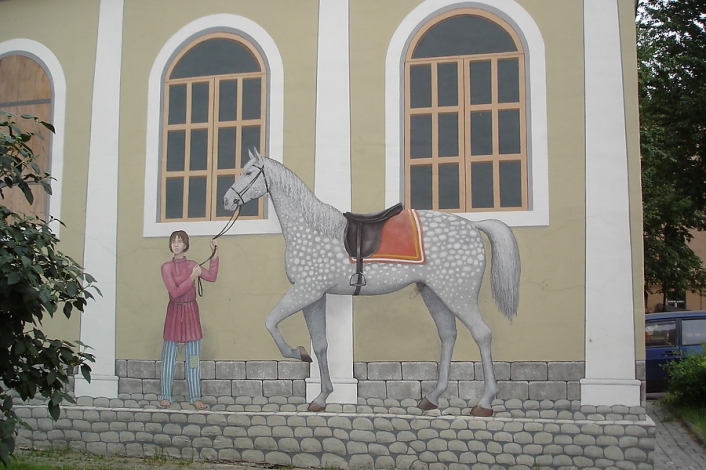 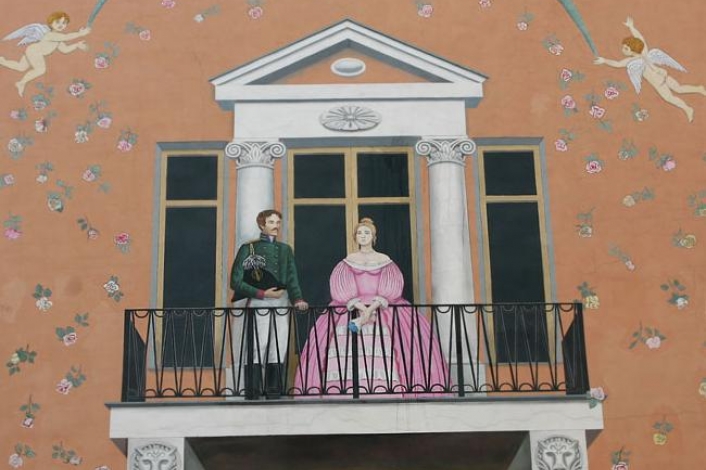 Yard in a quite Doinikov (former Hospital) lane near Bronnitskaya street is famous for its detailed wall paintings. Walking through the arch of the former profitable house built in 1863 according to the project of A.F. Zanftleben, you enter the scene from the life of guards of Semenovsky troops which was housed in this district in XIX century. In the house where troops’ hospital was situated.

To be fair, not only this yard but the whole district “Sementsy” is of interest – it’s the former settlement of life guards of Semenovsky troops. This land is situated on the northern bank of Obvodny canal between Zvenigorodskaya street, Zagorodny and Moskovsky prospects. In the middle of XVIII the clearing were cut through and barracks and officer houses were built. At first the streets were numbered according to the number of the troop and in 1858 they were renamed according to county towns of Moscow province: Ruzovskaya, Mozhaiskaya, Vereiskaya, Podolskaya, Serpukhovskaya and Bronnitskaya.