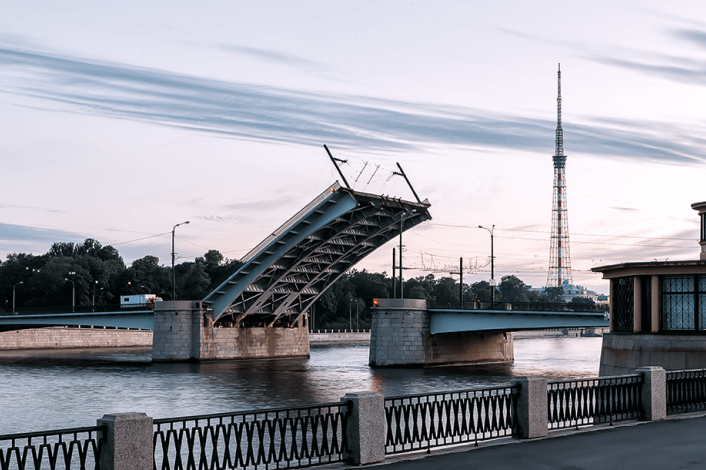 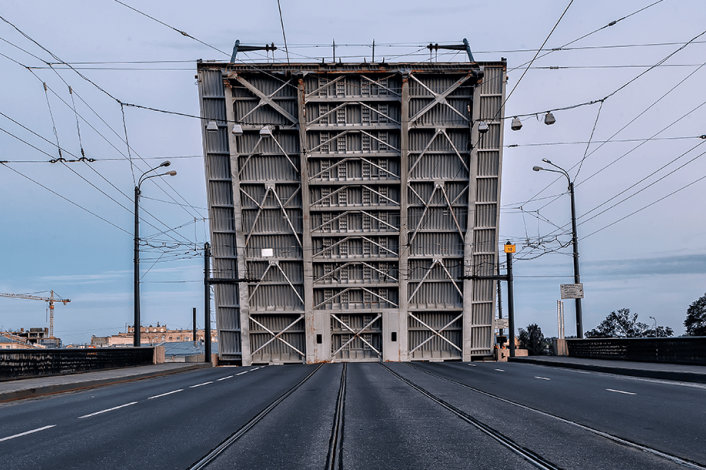 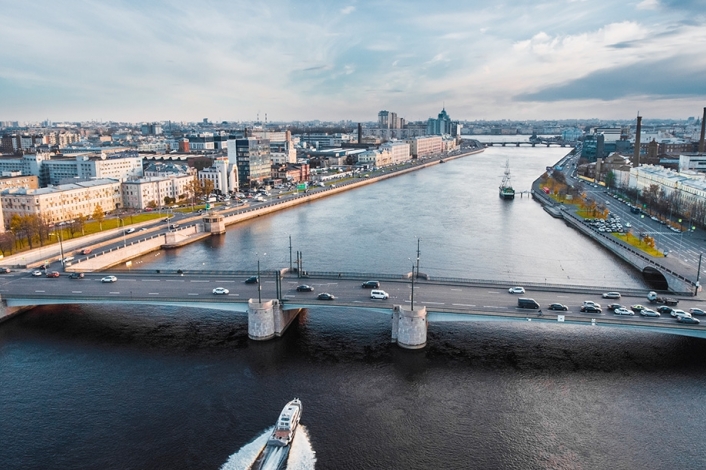 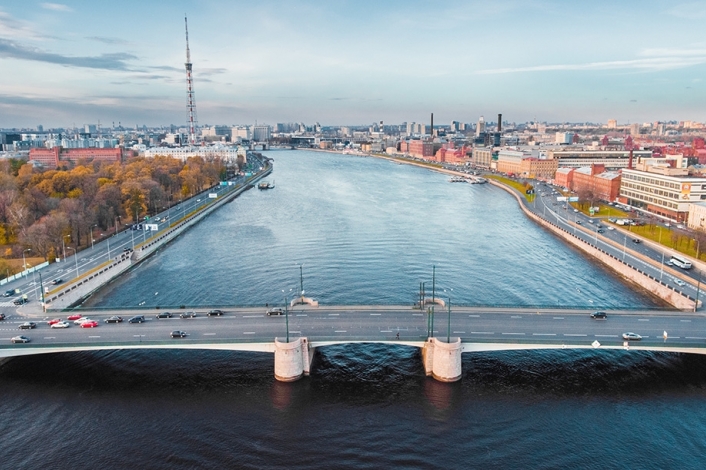 The first pontoon crossing near modern Grenadersky Bridge appeared in 1758. In 1806 a floating bridge was transferred to the area of modern Sampsonievsky Bridge, and ferriage was arranged at this place.

In 1904-1905 in the alignment of Maly Sampsonievsky Prospect the first permanent bridge was built – a wooden bridge on pile foundations with a central twin-leaf bascule span which was opened manually. At the same time, the bridge was named Grenadersky by the name of the Officer Corps of Grenadier Regiment located nearby on Petrogradskaya Embankment.

In 1951 under the project of engineer V.V. Blazhevich of Lendormostproekt the bridge was rebuilt to 18-span with metal span structures made of the I-beams. The draw span was replaced by a metal single-leaf one with an electromechanical drive. All timber supports were repaired, and the draw span supports were built of metal frames. The wooden railing was replaced by a metal welded one with a simple pattern.

The bridge appearance has retained until 1975.

In 1971-1974, under the project of engineers of Lengiproinzhproject a new 3-span metal bridge with a central draw span was built. The new bridge was placed 90 meters downstream from the pre-existing one in the alignment of the right bank embankment of the Karpovka River. For the location of the bridge on the site, it was required to transform its approaches on both banks of the Bolshaya Nevka River. On the left bank within the new bridgehead area on the side of the Karpovka River single-span reinforced concrete Aptecarsky Bridge (width of 97.5 meters) was built.

New Grenadersky Bridge matches in appearance with Tuchkov Bridge across the Malaya Nevka River. Fixed spans are made of prestressed metal resiliently clamped beams with a curved shape of the bottom chord.

Restraint was carried out by anchoring the beam end consoles into a bridge support. This design of the superstructure is applied on the drawbridge for the first time in the city.

A metal spatial welded railing without bollards and with convex bars was installed on the bridge.

A granite parapet is installed on the abutments and supports. There is suspended lighting on the bridge.

In 1992 by efforts of RSU-5 painting of metal structures of the bridge spans was performed. In 2000 polymer coating on the draw span of the bridge was repaired under order of the Bridge Development Authority.

In late November 2008 major repair of the tram tracks was started on the crossing.

Today, the bridge structure consists of three spans, with a central draw span and a fixed axis of rotation. Aptekarsky Bridge comes close to this structure from the left bank, and transport tunnel - from the right one. In total, this is the fifth version of the bridge, but as is the case with the last one, the previous structures could pass a variety of vessels.