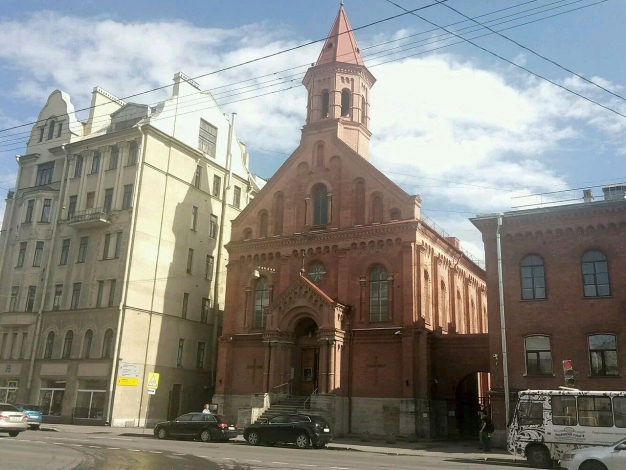 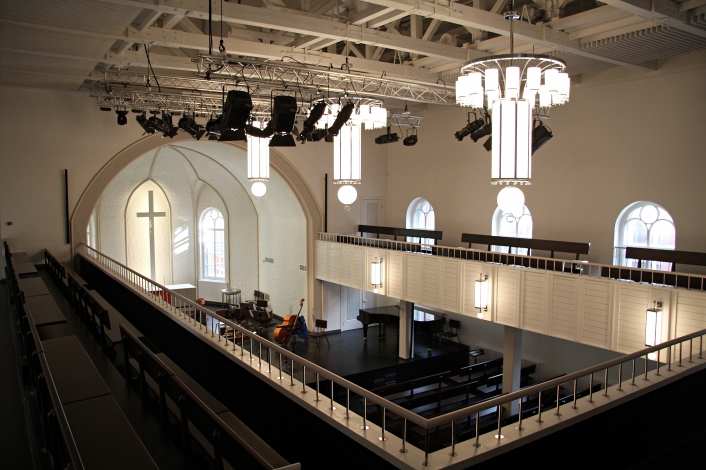 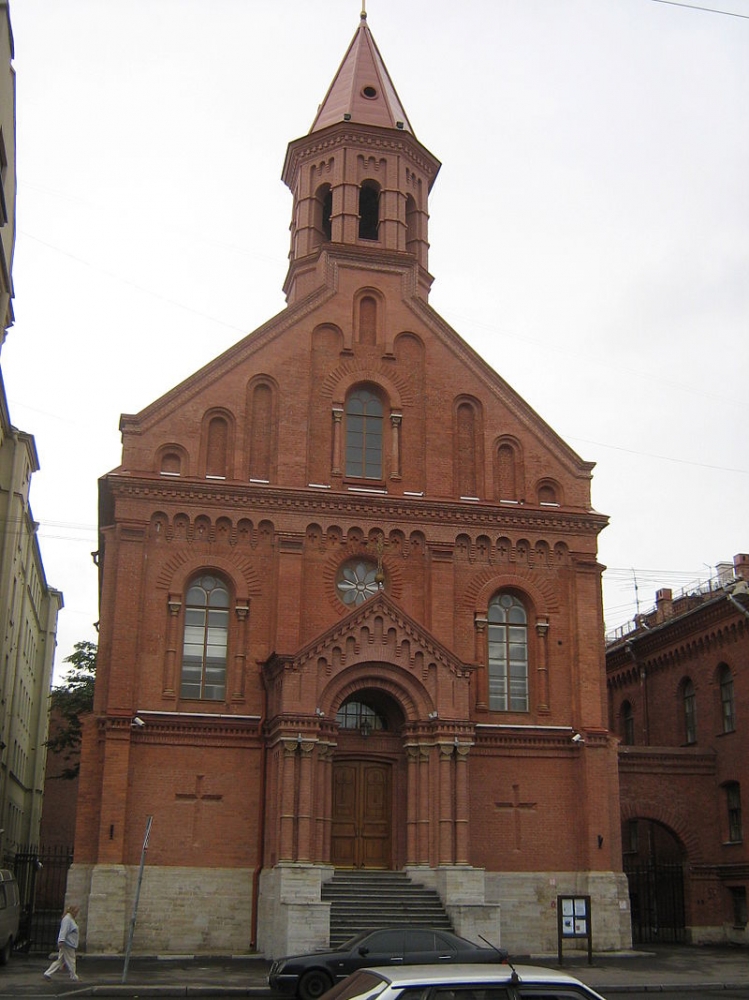 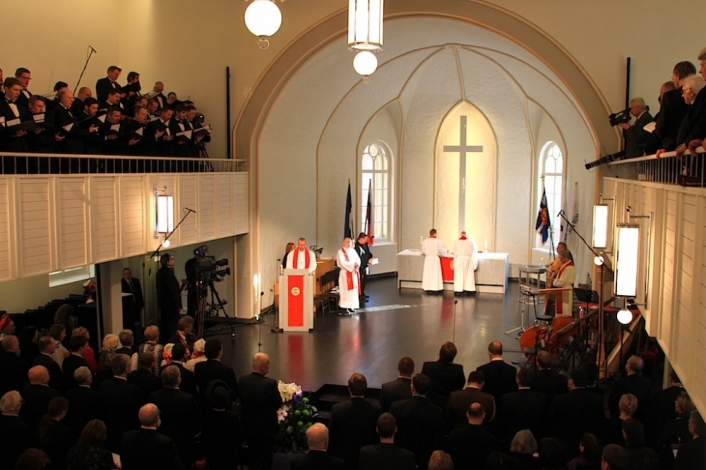 In the 1840s the Petersburg German-Estonian community was divided into German and Estonian. Formally, the Estonian parish was organized in May 1842, and members of the parish rented a house for meetings for state money.

The stone building of the church for 800 seats was laid in 1859, in 1860 the temple was consecrated. The church was built in pseudo-Romanesque (neo-Romanesque) style, it was adorned with a large tent belfry. A significant amount was allocated from the treasury for construction; the rest of the money was collected by the parishioners themselves, including Baron E.F. Meyendorff and the physician-surgeon Scholz. In total the cost of the building amounted to 65 thousand rubles.

The Estonian parish included a number of branch house churches, including prisons. At the parish, a church school, an almshouse and an orphanage were functioning.

In 1930 the church was closed. Then the building was rebuilt in a constructivist style, the bell tower was demolished, a staircase was attached to the main facade, and overlaps were made between the floors. The facade was plastered. Inside the building the club was located.

In 1997 the building of the church was transferred to the Estonian Lutheran community. Since 2000 there are regular prayer meetings in Estonian. In 2009 the restoration of the building was started, the bell tower was restored, its facade was returned to its historical appearance. After the completion of the restoration work, the solemn opening and consecration of the Church of St. John took place. The parish belongs to the Church of Ingria.