Elagin Palace is on restoration and is closed for visiting. 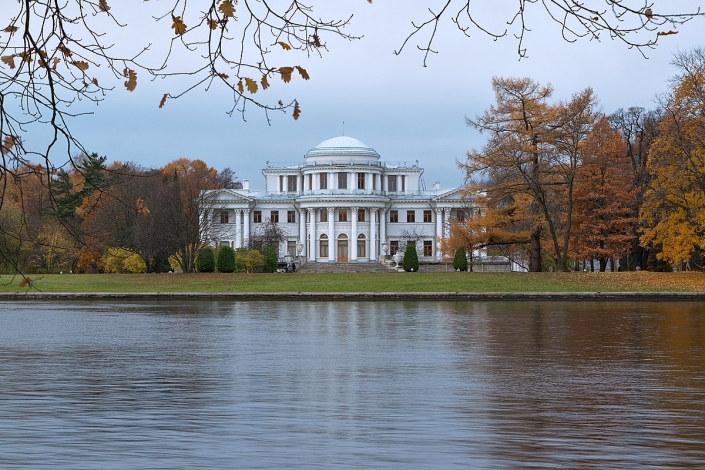 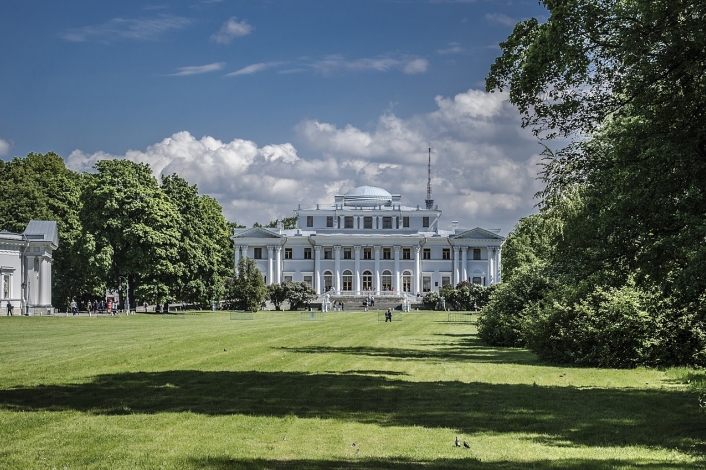 Elagin Palace on Elagin Island was a summer imperial residence. It was conceived as a resting place for the Empress Maria Feodorovna, as an alternative to Pavlovsk. These features are reflected in the layout and decorative design of the interiors.

Until 1917 the palace belonged to the imperial family. After the revolution of 1917, the palace was placed under the jurisdiction of the Petrograd Sovnarkom. From 1918 to 1929, the palace became a Museum of History and Life. The collection is not only preserved, but also replenished with items from the disembodied villas on Kamenny and Krestovsky islands. In 1930, the palace was closed, the collection was scattered, some works were transferred to the funds of the Hermitage, the Russian Museum, the Gatchina Palace, others were sold through domestic and foreign trade organizations.

During the Great Patriotic War, the palace was badly damaged: as a result of a fire in early 1942, interiors were destroyed, roofing and interfloor ceilings collapsed. In 1961 the palace was restored and opened its doors to visitors.

Currently, on the ground floor of the palace in the ceremonial rooms are the artistic interiors in Empire style. Visitors can get acquainted with works of painting, sculpture, decorative and applied art of the first third of the XIX century. On the second floor there is an exposition of the Russian residential interior of the second half of the XIX - early XX century.

Since August 1, 2016, the Elaginostrovsky Palace Museum has been closed for restoration.