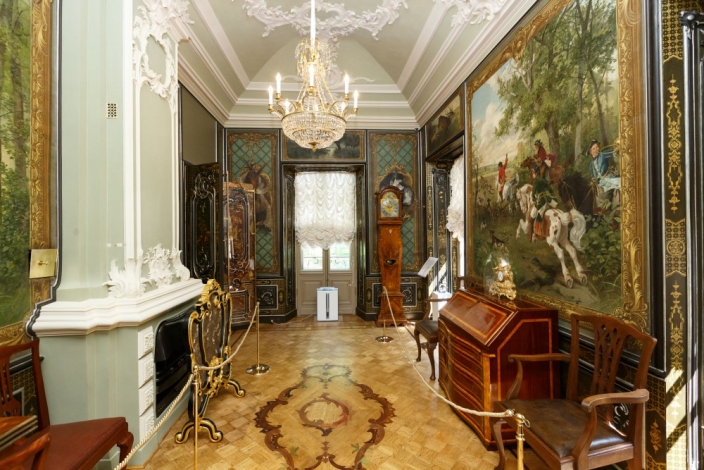 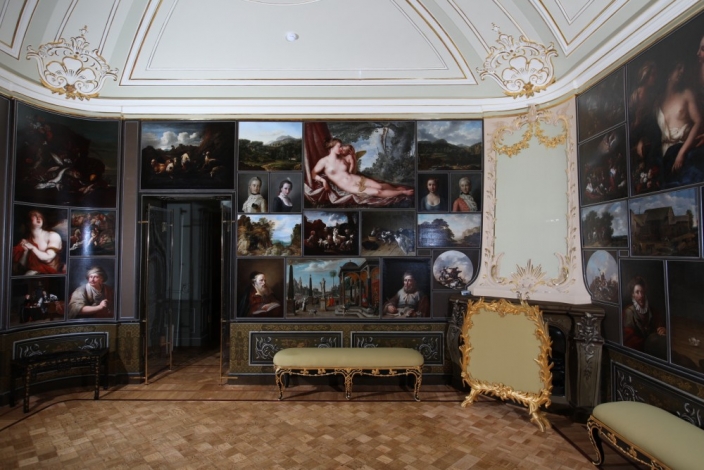 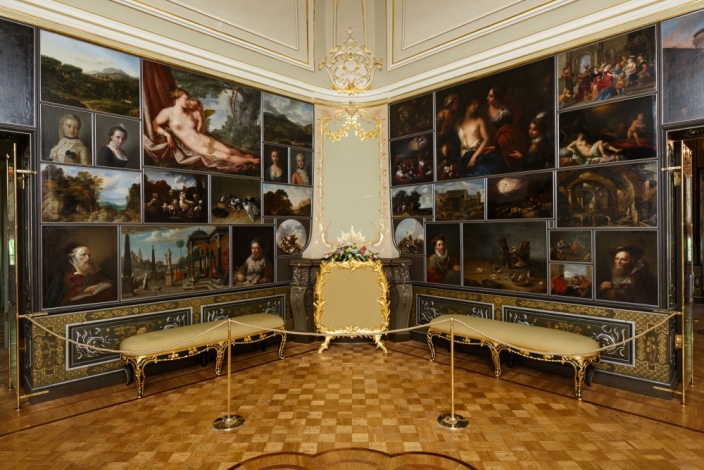 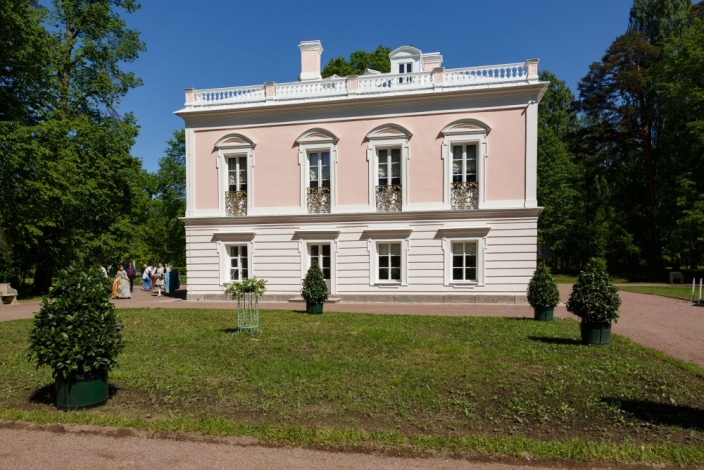 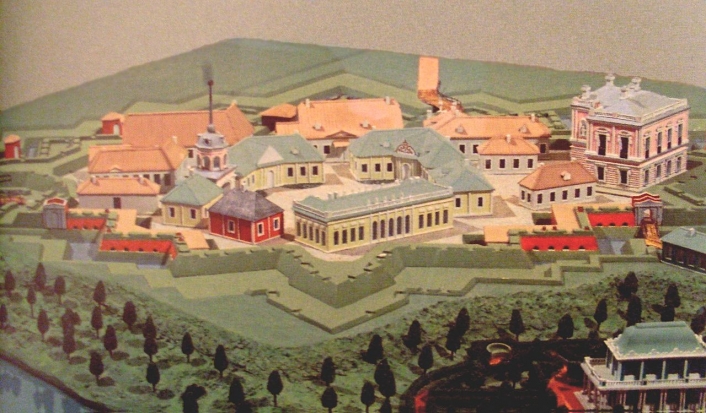 The Peterstadt Fortress in Oranienbaum, the “amusing” military fortress of the Grand Duke Peter Fedorovich, in the future Emperor Peter III, was built in 1758-1762. The outlines of the fortress resembled a twelve-pointed star, the rays of which fringed the ramparts and a wide moat. There were military buildings, a Lutheran church, as well as the imperial palace, which, unlike other buildings, was two-story. Of all the buildings of Peterstadt, only the palace and the Honorary Gate have survived.

The miniature palace of Peter III in the refinement of proportions and sophistication of decor is one of the most perfect works of architecture of the XVIII century. This is the first independent work of Antonio Rinaldi in Russia, bearing the features of a rococo.

The size and discreet exterior decoration of the palace are in the nature of an intimate suburban residence. This building was not intended for receptions and ceremonies, but served as a place to relax after military exercises. In the exquisite interiors reigned his own beautiful and cozy world of the owner - a musician and a passionate collector. The first floor is occupied by office premises that do not have artistic decoration. On the second floor there are 6 rooms: Front, Buffet, Picture Hall, Study, Bedroom and Boudoir. The lacquered panels of the interiors of the Palace of Peter III recall the Lacquer Cabinet of Monplaisir, and the trellis hanging of the paintings of the Picture Hall is a frequently used decorative technique for decorating the halls of the imperial palaces of the first half of the 18th century.

The palace of Peter III was practically not damaged during the Great Patriotic War and now appears in its original form. Museum visitors have a unique opportunity to go through the halls that keep the memory of the unusual Russian emperor, as well as descend from his chambers by a secret spiral staircase to the territory of the Peterstadt fortress. The museum presents personal belongings of Peter Fedorovich: cocked hat, scarf, uniform of the colonel of the Holstein infantry regiment. As the commandant of the fortress, he repeatedly appeared in this outfit on the balcony of the palace to greet his subordinates.

Today, the palace of Peter III is not only a rare architectural monument of the 18th century and the first of the works of Antonio Rinaldi that has survived to this day. The Palace of Peter III contains a unique collection of paintings by European artists of the 17th-19th centuries, pieces of furniture and works of decorative and applied art.