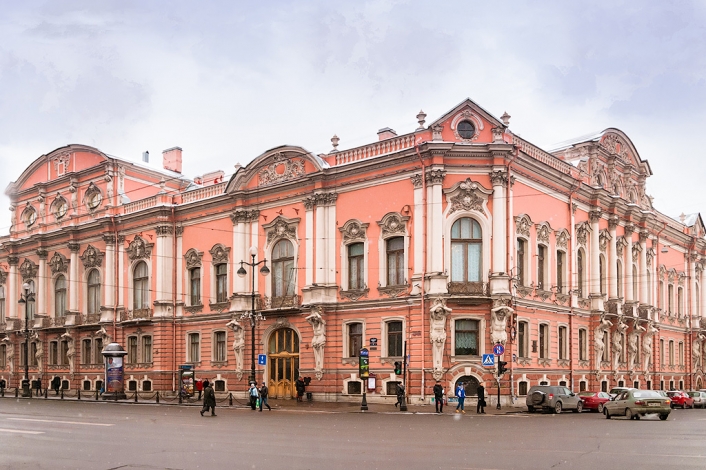 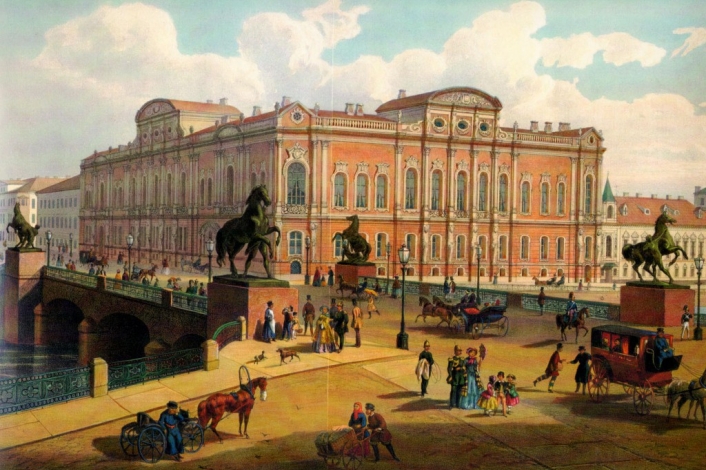 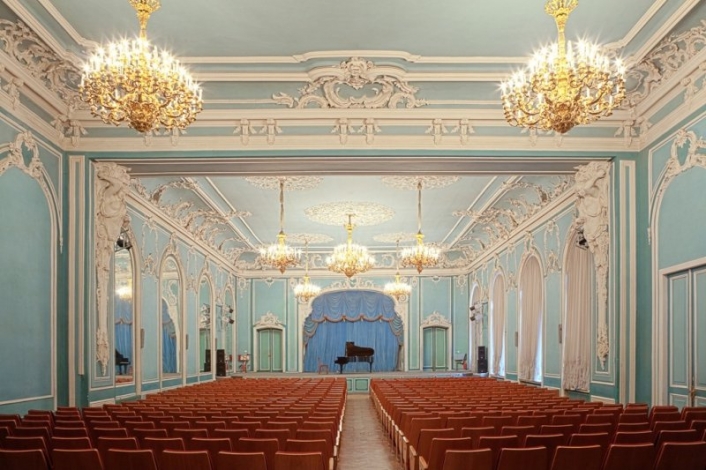 The palace of the princes Beloselsky-Belozersky was built in 1848 by A.I. Stackenschneider. It became the last private palace built on the Nevsky Prospekt in the XIX century and was admired by the contemporaries.

The first owners of the palace - representatives of the oldest ruling family, leading from Vladimir Monomakh to Beloselsky-Belozersky. Many of them were militaries and diplomats. They also occupied important posts at the royal court. The receptions arranged by the princes in the palace were famous for their scope and luxury, comparable to the imperial receptions in the Winter Palace. The princes Beloselskie-Belozersky were fond of music, theater, literature, collecting pieces of art that decorated the halls of the palace.

After the revolution, the building was nationalized. Since January 2003, it has been transferred to the jurisdiction of the Office of the President of the Russian Federation.