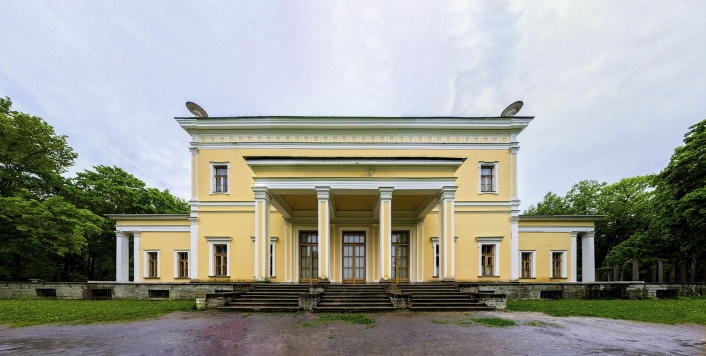 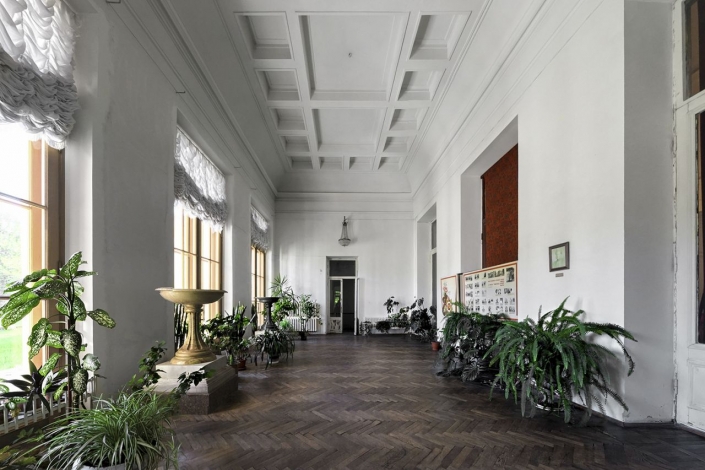 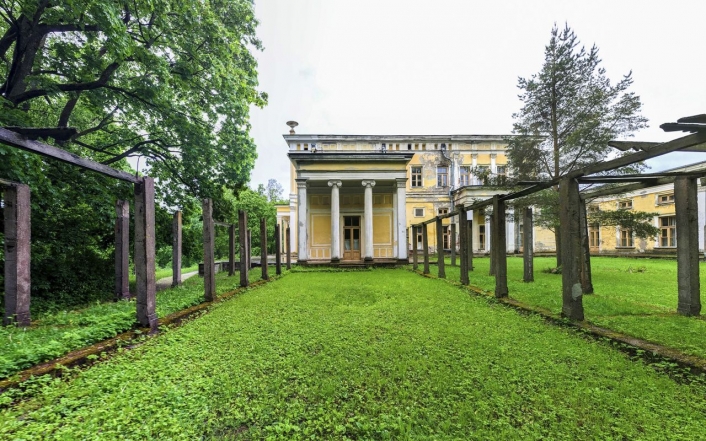 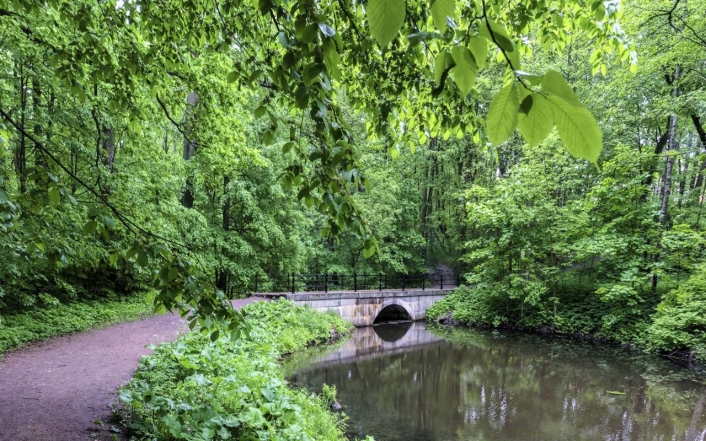 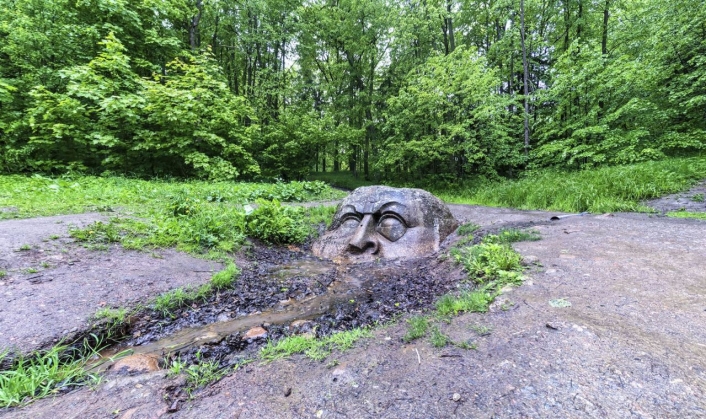 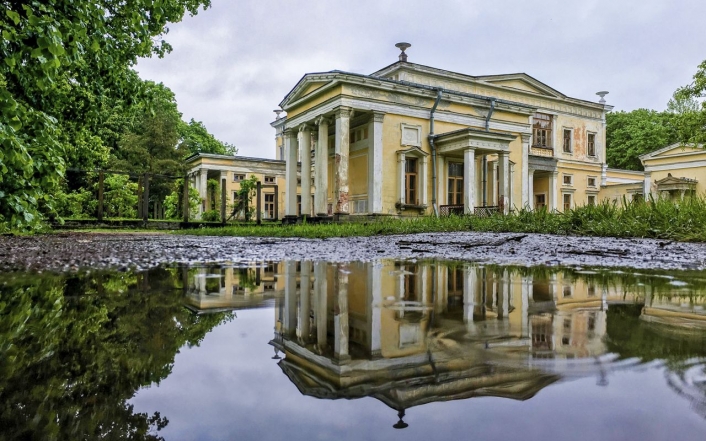 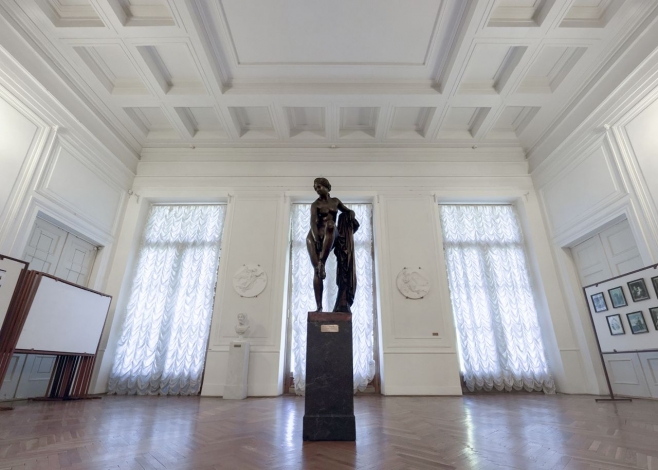 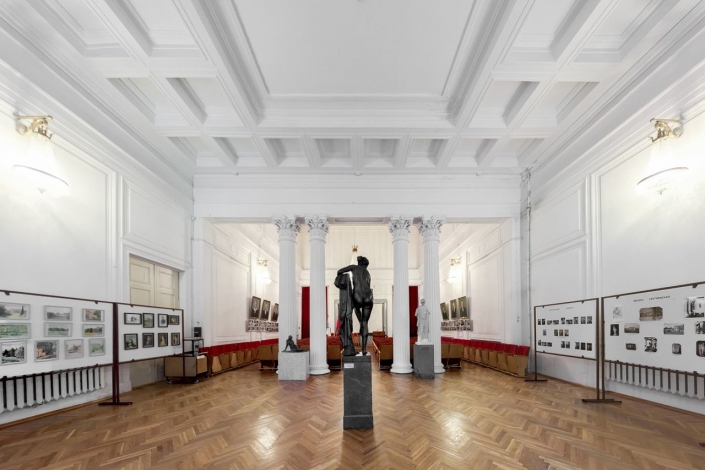 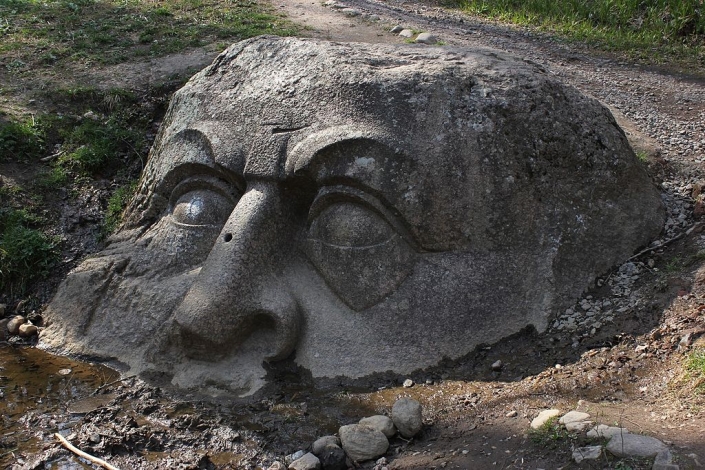 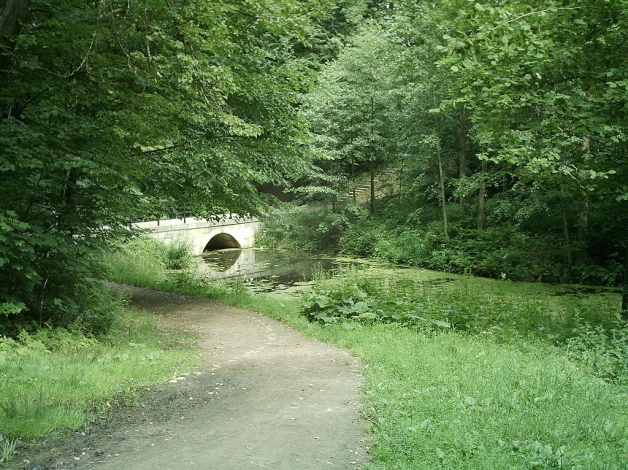 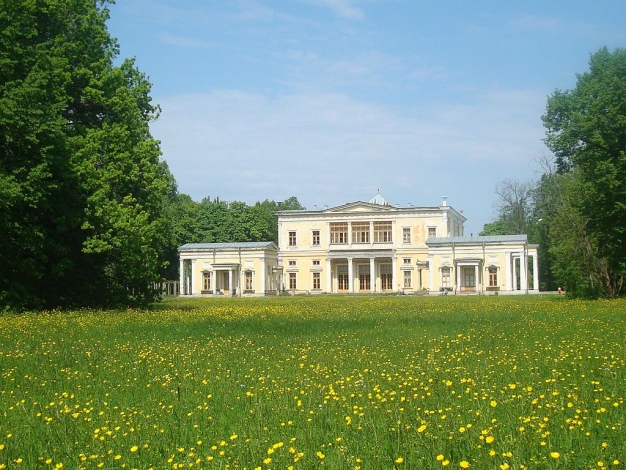 Sergievka - the palace and park ensemble in Peterhof, the former estate of the Dukes of Leuchtenberg.

In 1822, Rumyantsev sold the estate to Kirill Naryshkin. In 1838, Emperor Nicholas I purchased the Naryshkinsky dacha. He bought these lands into the treasury to make a wedding present to his daughter Maria Nikolaevna, who was going to marry the Duke of Leuchtenberg.

The creation of a magnificent park was done by the garden master P.I. Erler, and the two-story palace in the style of late classicism was erected in the years 1839-1842 by the architect A.I. Stackenschneider. The palace resembled an antique villa surrounded by gallery terraces. To enhance the effect, authentic antique fragments were built into the walls of the palace. The front rooms were decorated with molding and painting, furniture according to the drawings of the Shtakenschneider was created by the master Heinrich Gams.

The palace overlooked the Gulf of Finland. The palace was surrounded by flower beds, terraces were decorated with climbing plants. A cascade of ponds with dams and bridges was arranged in the park, in line with the stream flowing along the ravine. Both at the palace and in the park numerous sculptures and statues were erected. One of the most remarkable sculptures is a huge, boulder that has grown into the ground with the face of an unknown hero carved on it. The history of its creation remains a mystery, which historians and art historians have been arguing about for many years.

After 1917, the park was taken under state protection, and the Children's Commune was organized on the estate. During the war, the estate was on the front line of the Oranienbaum bridgehead, the park and buildings were badly damaged.

In the postwar years, Leningrad University carried out work on the improvement of the park. In 1965, designed architect V.I. Zeidemann mainly restored the facades of the palace, and in 1969, according to the project of the architect K.D. Agapova park facilities were restored.

Sergievka is included in the excursion program of the city project "Open City". This is a joint project of the St. Petersburg city branch of the All-Russian Society for the Protection of Monuments of History and Culture and the Committee on State Control, Use and Protection of Monuments of History and Culture. It is implemented with the support of the Government of St. Petersburg, so that all participants can attend events for free.

The mission of the Open City project is to acquaint residents and guests of St. Petersburg with the unique cultural heritage of our city, to open the doors of the most beautiful mansions, palaces, estates, iconic structures of industrial architecture that were previously inaccessible to the public.

Any citizen of Russia registered on the project’s website can attend Open City events. The activities include different types of excursions (walking, bus, bicycle), trips on retro-transport, historical quests, lectures on the history, architecture and culture of St. Petersburg, master classes for children and adults.