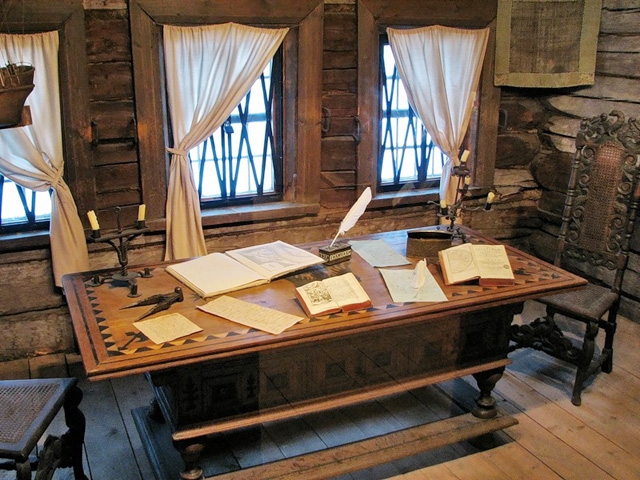 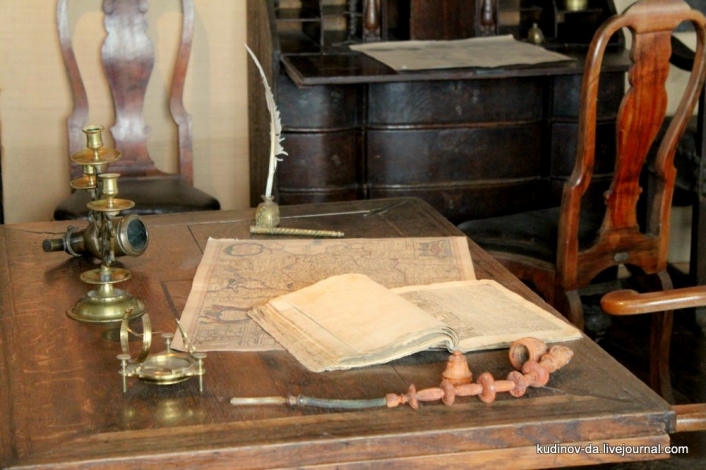 Wooden House of Peter I on the Petrograd side is a unique architectural monument and the oldest building in St. Petersburg. A log-house measuring 12.7 × 5.7 meters from the hewn pine logs was constructed on May 26, 1703, at the place indicated by Peter I.

In the documents of the Peter’s times, the house was called "Red Charms" or "The Original Palace". Since 1930, there is a museum located here.  300 years ago this unique historical building indeed became the first palace of Peter the Great.

It's no secret that the tree is not the most durable material. Therefore, the issue of preserving a wooden house was raised for the first time even under the reign of Peter. First there was a protective gallery on the pillars constructed by the Domenico Trezzini’s project. Later it was replaced by a stone case with two vestibules attached afterwards.

In 1742, the Empress Elizabeth ordered to open a chapel in the canteen of the cottage, which housed the icon of the Savior Nerukotvornyi , the shrine of the Romanovs' House which once belonged to Peter I. The chapel existed until 1929. Currently, the icon is located in the St. Petersburg’s church – the Spaso-Preobrazhensky Cathedral.

At the end of the 19th century, a small garden was laid out in front of the house, and the area around the building was surrounded by an openwork cast-iron fence. Then in the garden a bronze bust of Peter was put. There was a tradition according to which members of the imperial family in special cases planted trees in this garden. Recently the tradition revived - in 2011 Prince Michael Kentskiy has planted an oak here.

In 2004, the architectural monument was included in the State Russian Museum. Now in the House of Peter I you can see the exposition of objects from the Petrine era, including the memorial. Among the exhibits is worth mentioning the boat-bench and chair of Peter, the dress of the emperor, the cane of the eastern work, and also the casting of the emperor's hand from the seal of 1707.