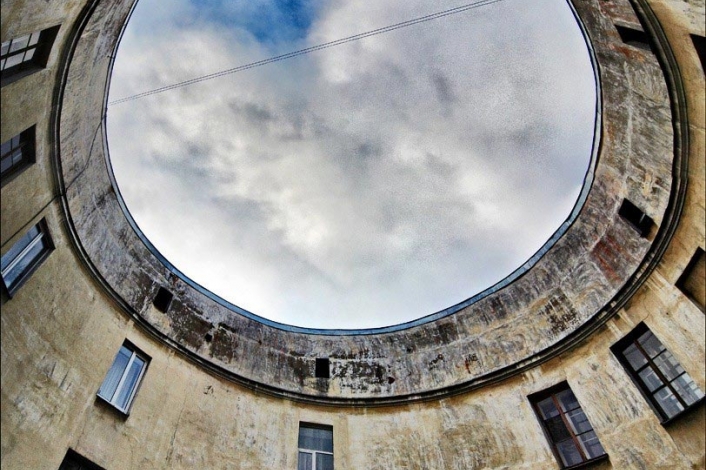 The roundhouse on the Fontanka embankment, 92, is not only of a very unusual shape but also of history. In the early 1820s, the merchant Ustinov commissioned the architect Joseph Charlemagne to design a profitable house. The task was very difficult: the residential building should not obscure the sun from neighbors, have an isolated yard and at the same time be comfortable and beautiful. The architect chose the oldest form of human dwelling - a round one.

In the interior layout the author foresaw the idea of constructivism: along the radius of the ring, a corridor with radially divergent rooms passes from the inside. There are two front porches for four apartments in the house. The courtyard of the roundhouse is decorated with two arches, located opposite each other, and laid out with a wide paving slab. The main four-story building is marked with female masks over the windows.

In the 1920s, the mother, father and elder sister of A.S. Pushkin rented an apartment here. Nowadays, the house-ring is settled, the premises are rented out for offices.

According to legend, if, standing in a round courtyard, look at the sky and make a wish, it will come true.