The dacha of Prince Oldenburg 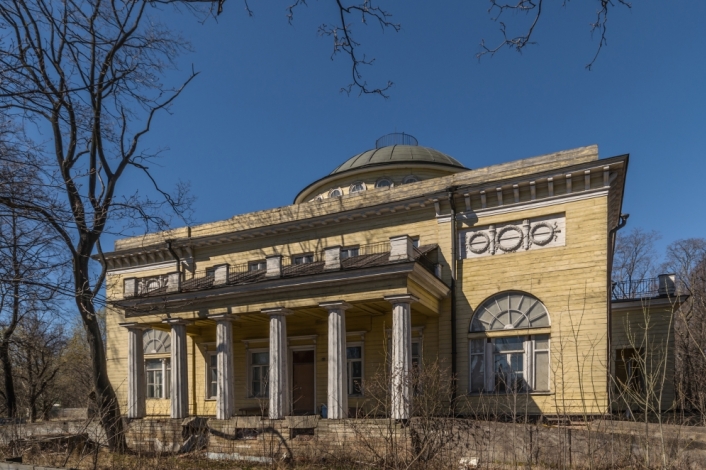 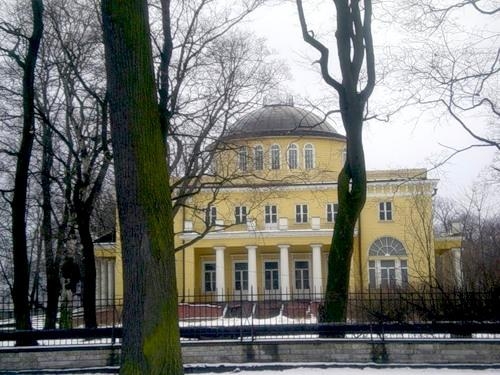 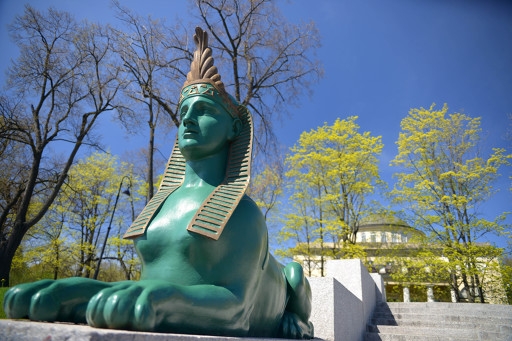 The dacha of Prince Dolgorukov, then - the Prince of Oldenburg - one of the most important buildings of the Kamenny Island, a monument of wooden architecture of the era of Russian classicism, built in 1831-1833 by architect S.L. Shustov.

The dacha was built on the site owned by the yardmaster of the court, Prince V.V. Dolgorukov. In 1833, right after the completion of construction, it was purchased by Prince Peter Georgievich Oldenburgsky.

The house is located on a high platform with two flat ramps. This is a square building in the plan, in the center of which is a rotunda hall surrounded by living rooms. The central hall is covered by a shallow dome, divided by pilasters into two tiers and decorated with floral ornamentation. According to Shustov's project, three facades were decorated with porticoes, where Doric columns support the balconies. Large semicircular windows decorated the main facade.

In the late 1830's - early 1840's architect A.I. Stakenschneider partially rebuilt the building and redecorated the interiors. Also, under the project of Stackenschneider, a fence was created on the part of the Malaya Nevka embankment and a red brick outhouse for the personnel and personal protection of the prince was built.

In 1928, the Oldenburgsky dacha was re-planned for apartments, destroying most of the interiors. In 1930 and 1978 the building suffered from fires. In the 1980s it was completely restored. In recent years, the building was empty, and the Federal Property Management Agency is planning to privatize this federal architectural monument.