Church of the Holy Martyr Julian of Tarsus 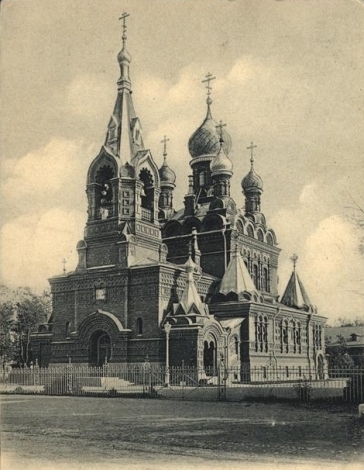 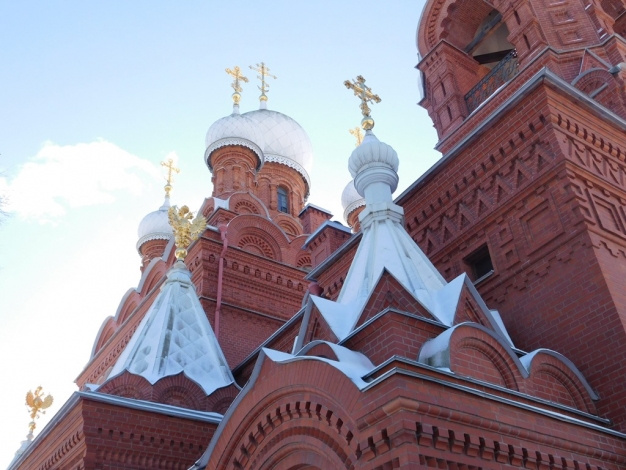 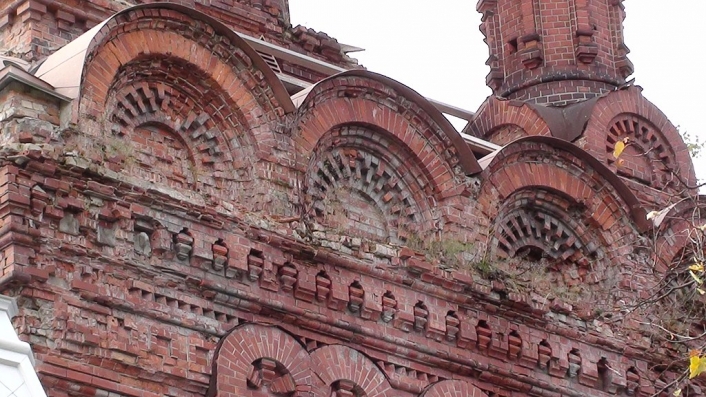 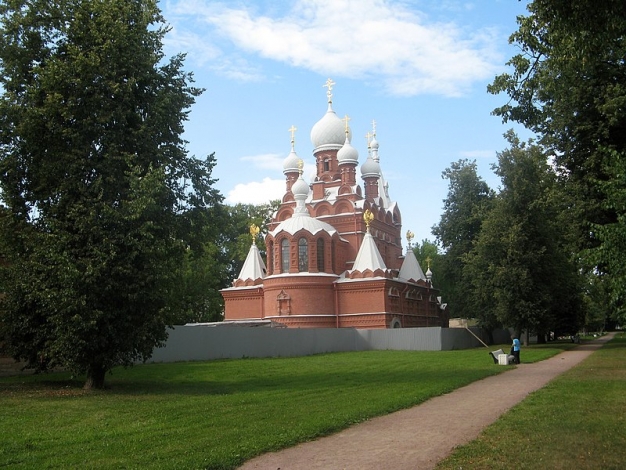 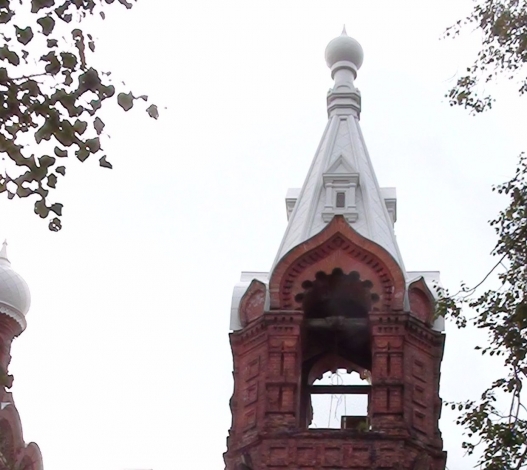 The Church of the Holy Martyr Julian of Tarsus (Cuirassier or Julian Church) is an Orthodox church in the city of Pushkin (Tsarskoe Selo). This is the former regimental temple of His Majesty's Cuirassier Life Guards Regiment of the Russian Imperial Guard. The current building of the temple in the pseudo-Russian style was erected in 1895-1899. designed by architects V.N. Kuritsyn and S.A. Danini.

The history of the regimental marching church of the Cuirassier regiment dates back to the beginning of the 19th century; the first mentions of it date back to the war of 1812. In 1832, the Cuirassier regiment arrived in Tsarskoe Selo. For military services, the north side-altar of St. Sophia Cathedral was assigned. By the end of the 19th century, a need arose for a separate regimental church.

The temple was built in memory of the wedding of Emperor Nicholas II and Empress Alexandra Feodorovna, which took place on November 14, 1894. The foundation stone of the temple was completed on September 29, 1895. The church was built for 4 years - the money for its construction was donated by a well-known benefactor, a merchant of the first guild, Ilya Kirillovich Savinkov.

On December 31, 1899, the full consecration of the temple took place, in which Protopresbyter A.A.Zhelobovsky, Archpriest John of Kronstadt and the clergy of Tsarskoye Selo participated, the imperial family was present.

The temple is dedicated to the martyr Julian of Tarsus, who gave his life for the faith. According to legend, during the reign of the Roman emperor Diocletian, they tried to persuade the Christian Julian to return to paganism, and in revenge for his refusal they sewed him into a bag with snakes and threw him into the sea ...

The red-brick church, decorated in the spirit of the Yaroslavl churches of the 16th – 17th centuries, combines elegance, picturesqueness, plasticity with economy and rationalism. The unplastered brickwork, which contrasts with the granite plinth, avoids frequent facade renovations. At the same time, decorative ornaments masterfully laid out of bricks decorate the temple walls.

On the sides of the central drum are refined drums of the side domes, and the strongly protruding altar apse is encircled by a half-ring of slender keeled arches. In front of the entrance to the temple, a solid bell tower rises, completed with a high hipped roof.

Two side-chapels were built in the church: the upper one - in honor of St. Julian of Tarsus, and the lower (cave) - in honor of the holy prophet Elijah. The merchant Ilya Savinkov and his wife were buried in the crypt of the lower church.

In Soviet times, the temple was used for household needs, in the early 1990s it was returned to believers. In the mid-2010s, the restoration of the external appearance of the church was completed, restoration work in the interiors continues.

The Church of the Holy Martyr Julian of Tarsus is included in the excursion program of the city project "Open City". This is a joint project of the St. Petersburg City Branch of the All-Russian Society for the Protection of Historical and Cultural Monuments and the Committee for State Control, Use and Protection of Historical and Cultural Monuments. It is implemented with the support of the Government of St. Petersburg, thanks to which all participants can attend the events free of charge.

The mission of the Open City project is to acquaint residents and guests of St. Petersburg with the unique cultural heritage of our city, to open the doors of the most beautiful mansions, palaces, estates, iconic structures of industrial architecture, which were previously inaccessible to the public.

Any citizen of Russia registered on the project's website can attend the Open City events. The number of activities includes different types of excursions (walking, bus, cycling), walks on retro transport, historical quests, lectures on the history, architecture and culture of St. Petersburg, master classes for children and adults.