Church of Simeon and Anna 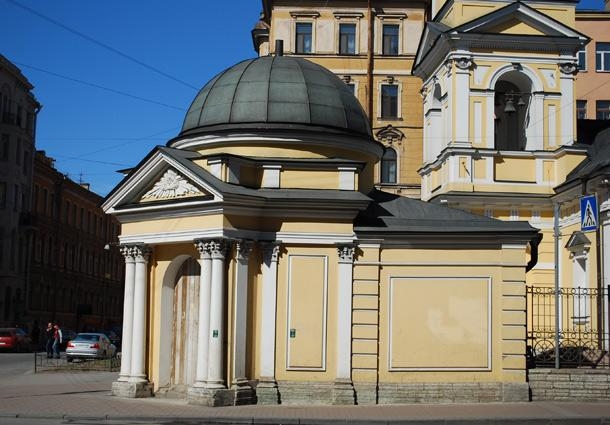 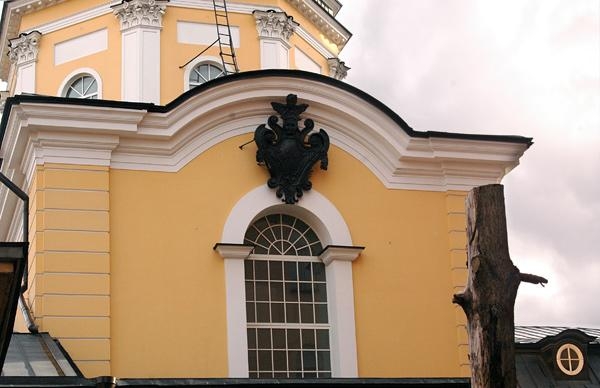 The history of the church dates from 1712, when Peter I issued a decree on the construction of a wooden church of Michael the Archangel on the bank of the Fontanka river. Even at a time when the banks of the Neva river belonged to the Swedes, a Russian village was located here. Peter I gifted his daughter Anna to mark her getting the title of Princess, with a piece of land outside the village, stretching along the Fontanka River to Nevsky prospekt.

In the early 1730s, the Empress Anna Ioannovna ordered to construct a stone church designed by architect M.G. Zemtsov instead of a dilapidated wooden church. The architect’s assistant I. Ya. Blank also took part in this work. The church was consecrated in honor of the Holy Righteous Simeon and Anna the Prophetess, who was considered by Anna Ioannovna as her heavenly patroness. Before the Kazan cathedral appeared, the Church of St. Simeon and Anna had served as a court church in St. Petersburg, where divine services on especially solemn occasions had been held.

The building was improved by setting the chimes on the bell tower and enclosing the building with a fence. Divine services in the Simeon church were attended by members of the royal family and high-ranking courtiers. Paul I even awarded the church with the Order of St. Anna. At the beginning of the XIX century, the church was transferred to the diocese. Having lost the status of a court church, it has lost its award, too.

In 1869-1872 the building was reconstructed and enlarged according to the project of G.I. Wintergalter. Wooden sculptures were carved along the facades. Inside the church there was an excellent four-tiered carved iconostasis.

The church was closed in 1938, while all the property was looted and destroyed, and the premises were handed over for warehouses. In the middle of the XX century the building was restored and handed over to the Metrology Museum. In 1995, it was returned the Orthodox Church. The recent restoration was carried out in the period of 2003-2008.