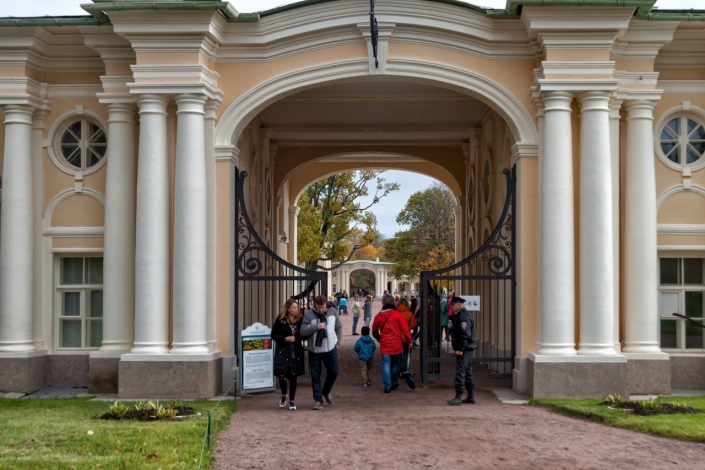 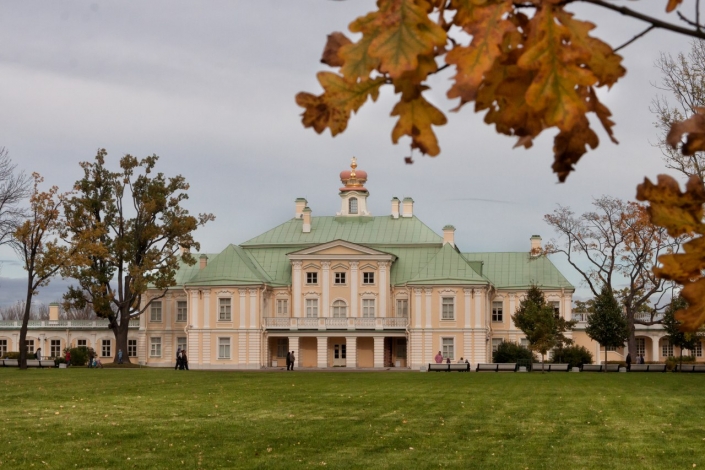 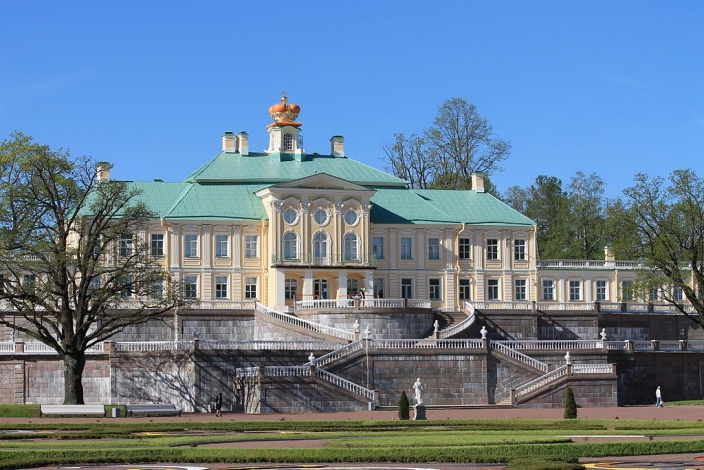 The Grand Menshikov Palace is the oldest building in Oranienbaum. The spirit of the time is clearly felt in the palace and its surroundings - the era of transformation and the struggle for access to the Baltic Sea. It is located near the very waters of the bay, connected with the sea, directed towards it, as if personifying the main goal of all the acts of the time of Peter the Great - the affirmation of Russia on the shores of the liberated sea.

A.D. Menshikov took an active part in the creation of the palace, which in 1711 was laid down at his direction on the border of a hill formed by natural means. For the construction of his residence, the Serene Highness Prince invited foreign architects: F. Fontan, I.F. Braunstein, I.G.Shedel.

The compositional center of the palace is a two-story building crowned with a princely crown, adjacent to which are one-story rounded galleries with two pavilions. At its foot, the craftsmen Witzlaw and Graz laid out a regular garden, decorated with sculptures and fountains. The guests arrived at the palace by ship along the sea channel, dug in 1719.

The majestic appearance of the palace, its grand scope and rich interiors caused admiration and surprise. The unprecedented luxury of the out-of-town residence of the Most High Prince in its scope at that time surpassed even Peterhof. But after the disgrace of Menshikov, all his estates were confiscated to the treasury. In 1743, Empress Elizaveta Petrovna granted Oranienbaum to the heir to the Russian throne, Grand Duke Peter Fedorovich, later Emperor Peter III.

In the early stages of its existence, Oranienbaum was destined to witness the main tragedies of the era of palace coups. But the XIX century was a time of relative calm, when the Grand Duchess Elena Pavlovna became the real guardian angel of the residence. The new mistress sought and found other forms of self-expression, making Oranienbaum completely different, original, without losing its former charm. In the middle of the 19th century, the palace interiors were changed according to the designs of the famous architects A.I. Shtakenshnejdera, G. Bosse, L. Bonstedt, G. Preiss in the then fashionable eclectic style. From Elena Pavlovna Oranienbaum passed into the possession of her daughter, Ekaterina Mikhailovna, and then to her grandchildren - the German dukes of Mecklenburg-Strelitsky.

In 1918, the palace was transferred to the Local Council, and it was protected by the Commissariat of Property of the Republic. At different times, the Hospital, the Agricultural College, and the Forestry College with a hostel were located in the Grand Palace. In 1934, the palace building was given to the Navy - the space of the Church pavilion was divided between floors, and the unique iconostasis of the early 18th century was dismantled. Only in 1995 began the transfer of the Grand Palace to the museum-reserve. Its doors as a museum opened to visitors in September 2011.