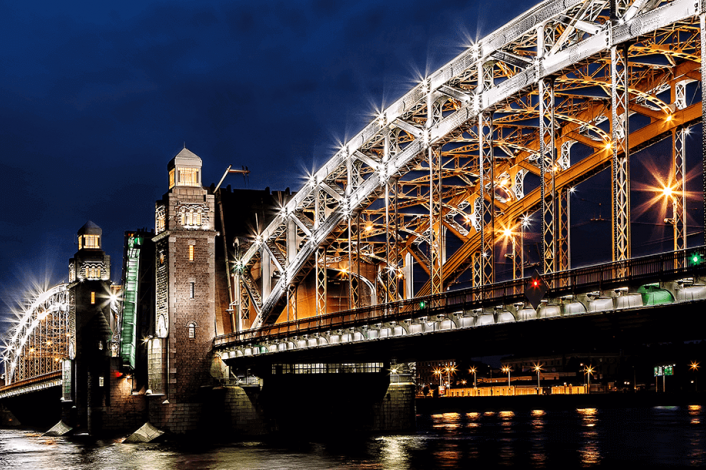 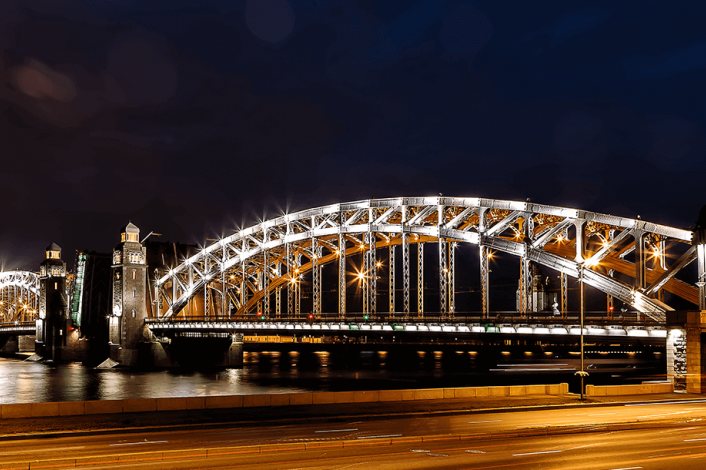 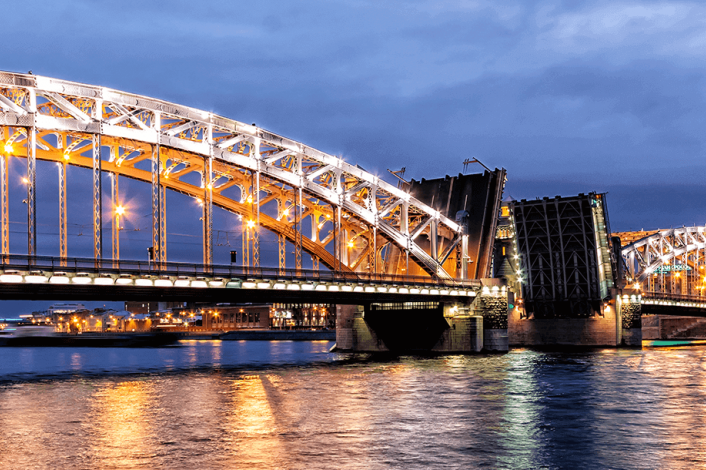 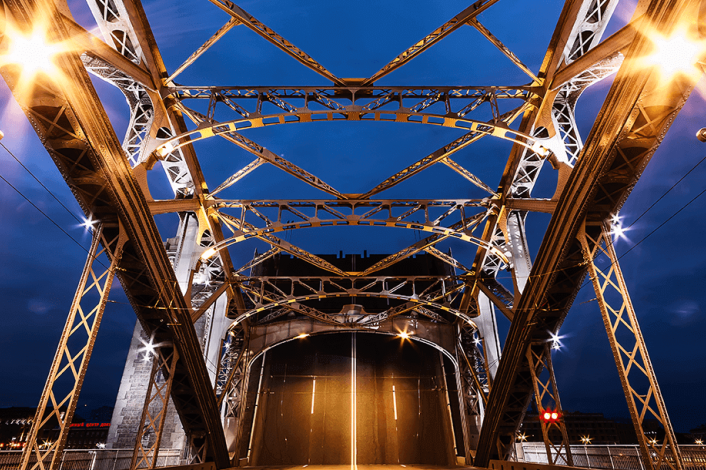 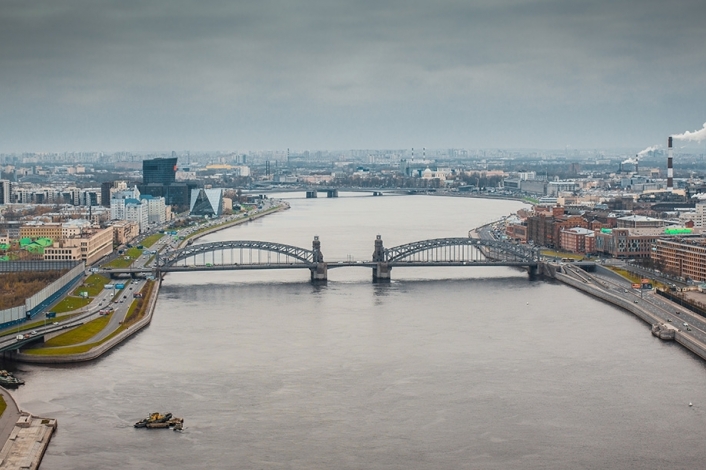 Bolsheokhtinsky Bridge across the Neva River connects Krasnogvardeyskaya Square and Tulskaya Street. During its laying in 1909, in the year of 200th anniversary of the victory of Peter the Great in the Battle of Poltava, the bridge was named after Emperor Peter the Great.

The need to build the bridge was due to the addition of Okhta suburb to the city of St. Petersburg. In 1901, a competition was announced for the project of the bridge. No project was selected of 16 ones, half of which were from foreign firms, due to noncompliance to the technical conditions of competition.

A non-competitive project that bore the slogan "Free for Navigation" authored by engineer G.G. Krivoshein and architect V.P. Apyshkov was found as the most relevant one.

The main idea of the project - the creation of convenience for shipping, because the bridges existed on the Neva River at that time (Blagoveschensky, Troitsky and Liteiny bridges) had narrow draw spans at the coasts making the ships navigation difficult. In this project, the draw span was located in the middle of the river, and two large spans of 136 meters were near the coasts.

The bridge was built in the years 1909-1911. After the revolution the bridge was first renamed as Bolsheohtensky, and then in 1956 - in line with the new spelling rules - as Bolsheokhtinsky.

The bridge represented a 3-span structure with central twin-leaf bascule span and two shore spans covered by metal arched trusses with the roadway below.

It was the first bridge on the Neva River, which represented the greatest convenience for shipping. In order to highlight a draw span upstream, front tower lighthouses on intermediate supports of 36 meters height from zero-water level were built. On the upper decks of the towers, large lights with glass windows to illuminate vessels approaches to the bridge at night were installed. Another purpose of the towers is the need to accommodate the draw span mechanisms.

The bridge was built in an original way. For transportation of prefabricated away from the axis of the bridge superstructures, each weighing at 3,660 tons, the bodies of the old battleships transformed into huge pontoons with water ballasting were used.

Routine maintenance was mainly carried out since the time of the bridge construction.

In 2005 tram traffic on the bridge was stopped. And in October 2010 the tram rails were finally dismantled from the bridge.

In honour of the 100th anniversary of the bridge, visitors were allowed to enter the left bank tower for the first time in the history. Access was open from October 26 till November 13, 2011.

On March 19, 2015 the experiment was conducted on the bridge on changing traffic schedule during the day - reverse movement was organized in several traffic lines to increase the passing ability of traffic flows directing to the city centre from the morning and before lunch and from lunch until the evening - to the sleeping quarters.