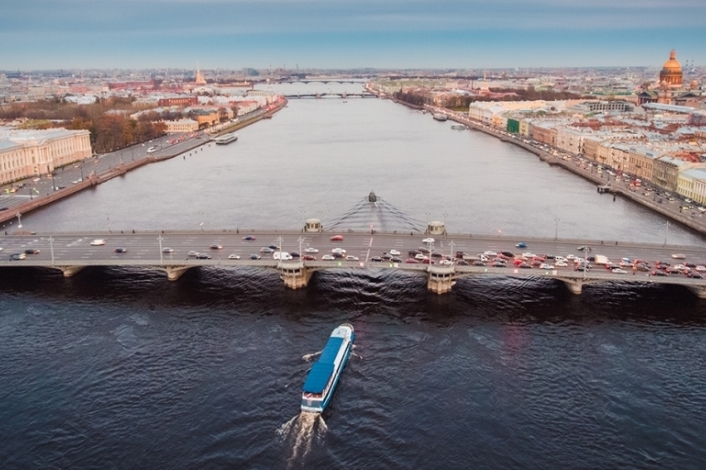 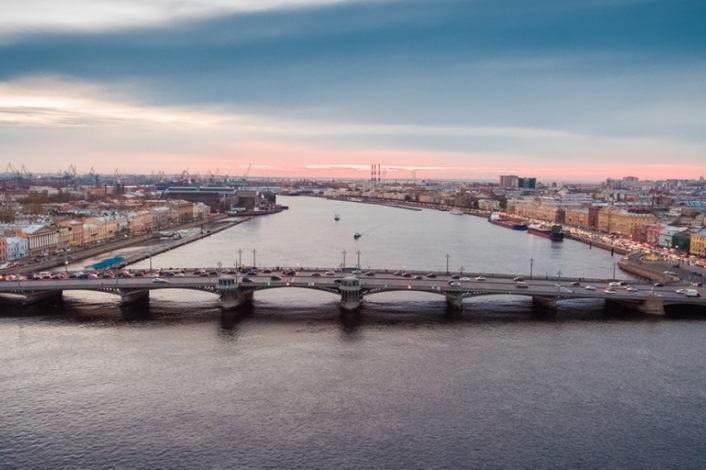 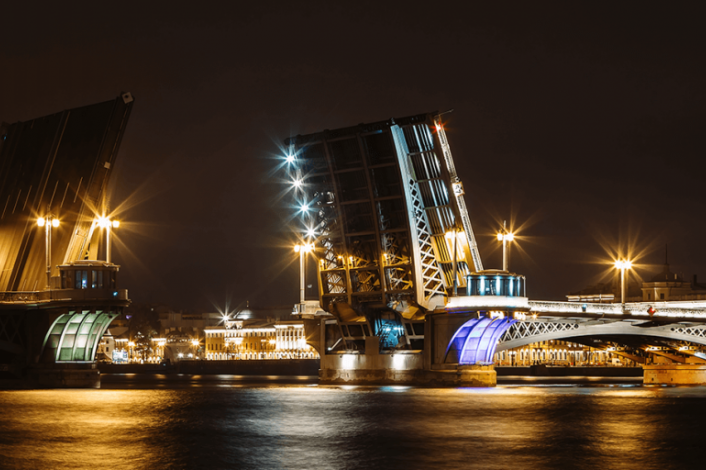 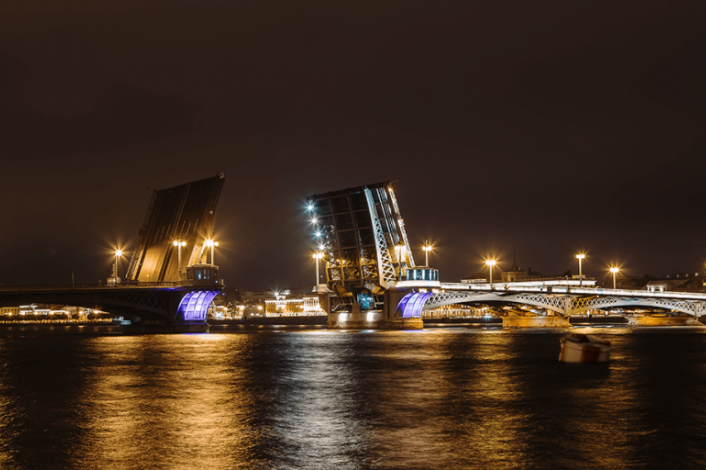 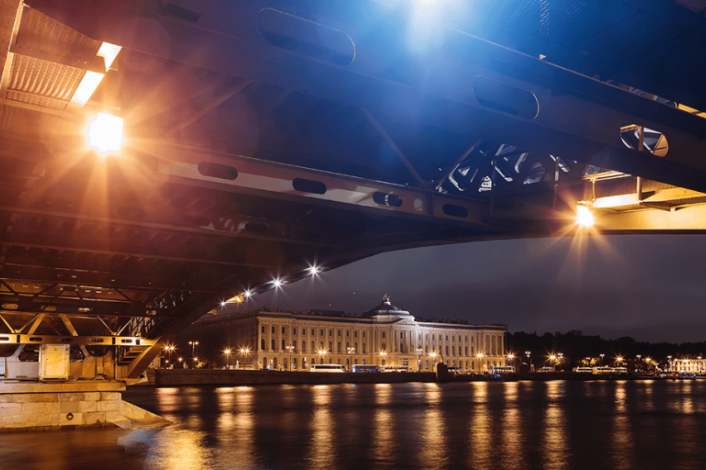 Blagoveschensky Bridge is located on Angliyskaya Naberezhnaya (English Embarkment) in line with Ploshchad Truda (Labour Square), and on Vasilevsky Island - at the junction of the Lieutenant Schmidt Embankment and Universitetskaya Embankment. It was the first permanent bridge over the Neva River. Before the construction of the permanent bridge there was Isaakievsky pontoon bridge constructed in 1727 - in turn, it was the first pontoon bridge on the Neva River.

In connection with the construction of Lieutenant Schmidt permanent bridge, in 1850 the pontoon bridge was moved upstream and installed in line with Dvortsovy Passage and Pushkin Square (formerly Birzhevoy) and was named Dvortsovy (Palace) Bridge. Since the beginning of the permanent Palace Bridge construction in 1912, it was returned to the old place - to Decembrists Square, and it was named Isaakievsky bridge again. In 1916, the pontoon bridge burned up from sparks from a passing tugboat.

By the way, Isaakievsky pontoon bridge was the first and the last bridge which served for 189 years.

Construction of a permanent bridge across the Neva River was preceded by a huge creative work of bridge builders. Since 1750, before the construction of the bridge more than 40 projects were designed. It has been decided for almost a century.

In 1842 a project of permanent bridge was approved by the Tsar; and the construction has begun; and was completed 8 years later - in 1850. On the opening day, the bridge was known as Blagoveschensky (Annunciation) Bridge by the name of Church of the Annunciation for the Horse Life Guards Regiment on the bridgehead area, and in 1855 - renamed Nicholayevsky Bridge. After the revolution, the bridge was named after Lieutenant Schmidt.

The new bridge represented a structure, consisting of 8 spans, of which 7 fixed spans of different sizes were covered by 2-hinged cast iron arches.

Abutment of the left bank is a solid block of stone masonry on a pile foundation. Abutment of the right bank was extended to 15.0 meters to the river bed; its length was 90.0 meters which is equal to the length of 2 draw span sections placed along the coasts in opened position. The abutments were faced with granite. A unique of art casting iron railing was installed on the bridge. The main motif of the picture was seahorses (tritons). Such appearance of the bridge was kept for 85 years.

Lieutenant Schmidt Bridge is one of the first all-welded bridges. During the bridge reconstruction, tremie method of concreting was used, as well as a new technique to test superstructures under the static water load.

In 1975-1976, under the project of engineers of Lengiproinzhproject major repair of the draw span was performed.