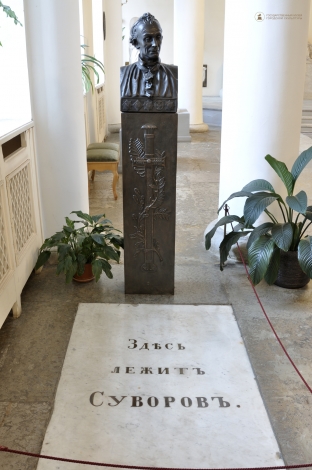 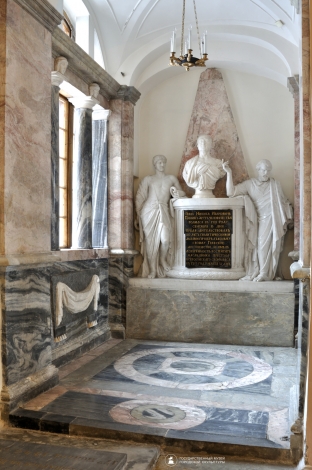 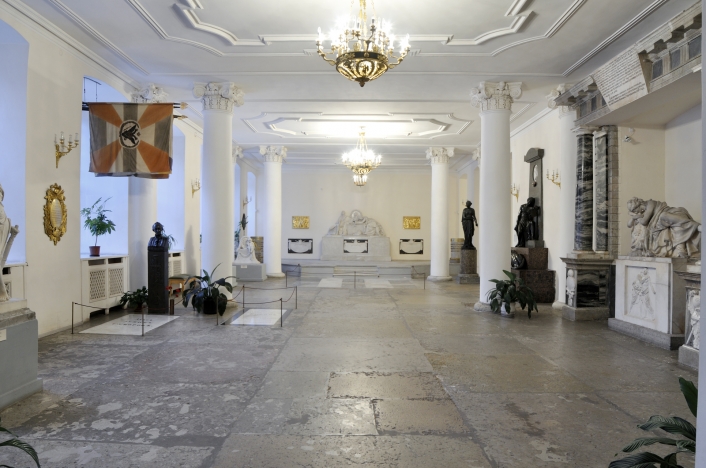 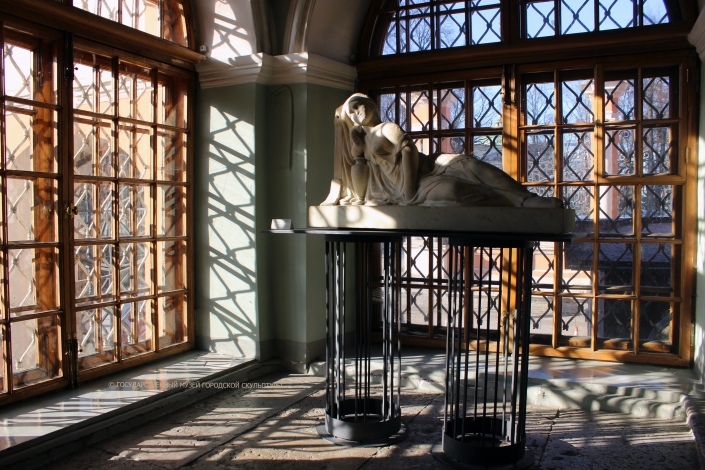 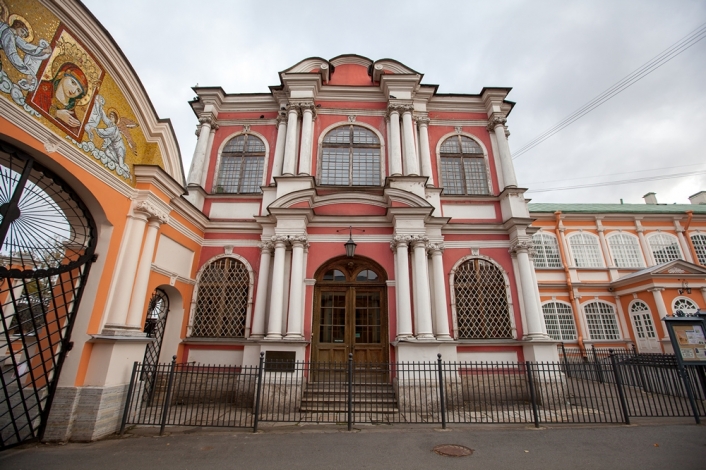 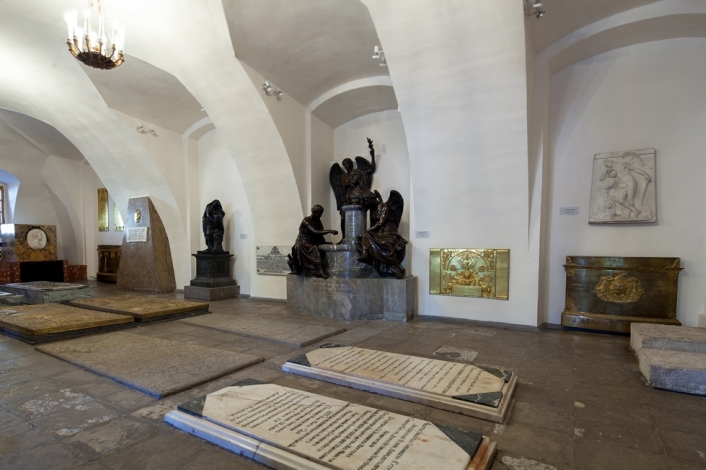 Blagoveshchenskaya church of Alexander Nevsky Lavra is the first stone construction of the Lavra architectural ensemble. It is one of the most characteristic monuments of St. Petersburg architecture of the early XVIII century preserved till nowadays. The church was designed and constructed as a tomb of members of the royal family and outstanding dignitaries.

On the first floor there are the oldest white-carved gravestones in St.Petersburg, which belong to the Rzhevsky spouses. In the eastern part there are marble floor tombstones of relatives of Peter I: tsarina Praskovia Fedorovna, prince Peter Petrovich, and others.

"Parade" sculptural tombstones appeared in the second half of the XVIII century. The first monuments of this kind with allegorical sculptures of “Glory” and "Virtues" were dedicated to Field Marshal Prince Golitsyn. Nearby is the gravestone of Princess Kurakina. Marble sculpture of the mourner with a portrait symbolizes "Piety". In the south-western part of the tomb there is a small chapel lined with pink and gray marble. Here is a monument to Count Panin, the tutor of the future Emperor Paul I. In the eastern part of the hall there are gravestones of Count Lazarev and Chichagova, as well as a bronze-made full-figured portrait of Princess Gagarina. The construction attached to the tomb in 1783 preserved the monuments dedicated to statesmen related to the Academy of Arts: its founder Count Shuvalov and the President of the Academy, I.Betsky.

The most famous monument of the tomb is a modest tombstone made from white marble standing near the north wall, where A.Suvorov was buried in 1800.

Today, the church in under the authority of the State Museum of Urban Sculpture.