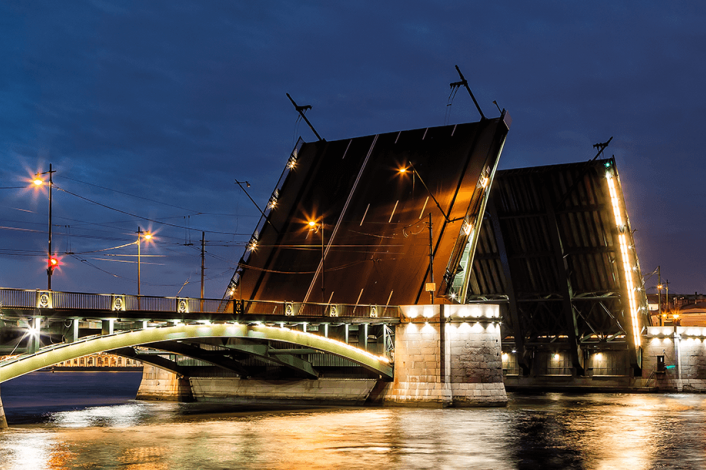 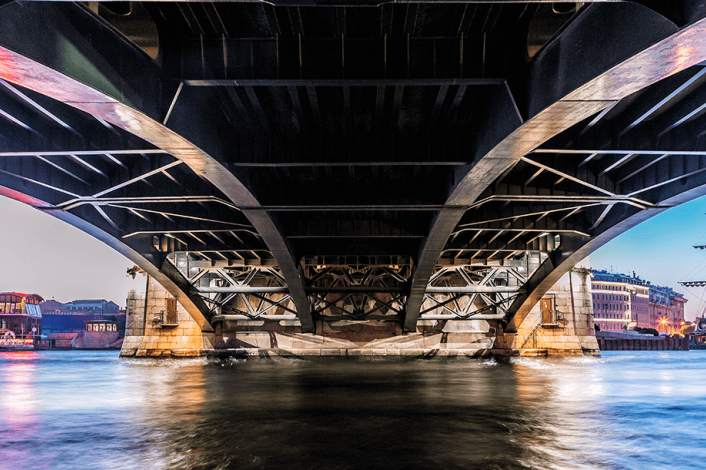 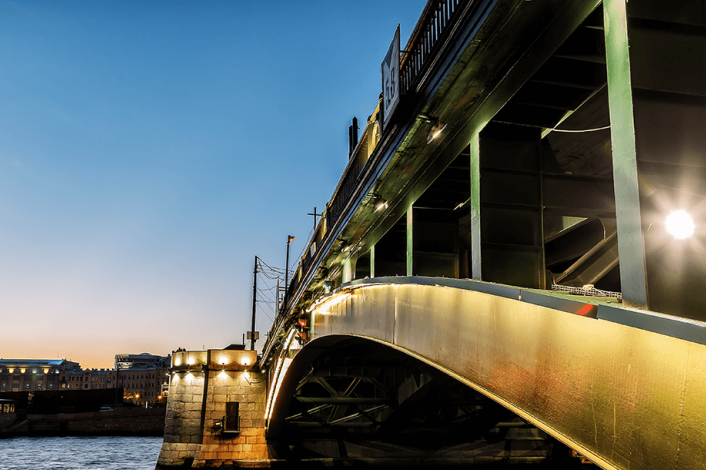 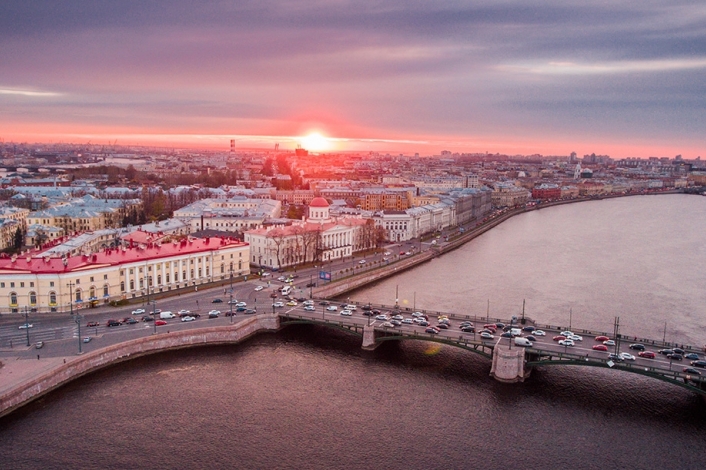 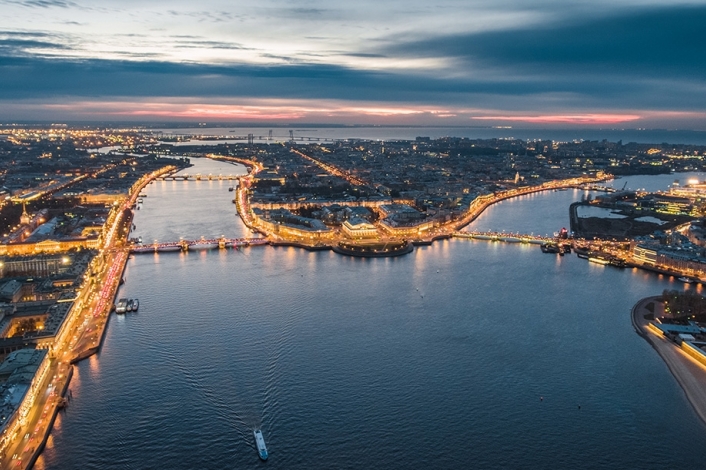 Birzhevoy Bridge (from 1922 to 1989 - Stroiteley (Builders) Bridge) is the bridge across the Malaya Neva River near its source, located in line of Birzhevaya Square on the left bank and in line of Dobrolyubova Prospect and Zoologichesky lane on the right bank.

From the time of Peter the Great, the territory of the Spit of Vasilyevsky Island was used as a pier of the Commercial port. The cape washed by two navigable rivers - the Bolshaya Neva River and the Malaya Neva River was very convenient for anchorage.

While there was a Commercial port on the Spit, floating bridges on pontoons, and wooden bridges did not build on the Malaya Neva River for a long time because they interfered with sailing ships navigation. Only in 1894, Birzhevoy Bridge was built after the Сommercial port was transferred from the Spit to Chuguevsky Island. It was a 25-span wooden trapezoidal strutted beam bridge with length of 326 m with 14-meter central draw span. The bridge route ran through the axis of Zoologichesky lane.

The draw span consisted of 4 timber frames. The bridge was raised by manual winches. The bridge had timber supports on pile foundation, protected from ice and berthing impact by groups of timber piles.

In 1930 and 1937 the bridge was widened; timber spans were replaced with metal ones.

In 1957-1960 under the project of engineers V.V. Demchenko, B.B. Levin of Lengiproinzhproject, and architects L.A. Noskov and P.A. Areshev a new bridge over the Malaya Neva River was built, the longitudinal axis of which was offset from the axis of the old bridge at a distance of 300 meters downstream. To reduce the bridge length and to bring it closer to the length of Palace Bridge as well as bridgehead area creation on the right bank, the Vatny Protok duct and a small bay near its source at the entrance to the bridge from the Petrograd Side, were filled up. As a result, the length of the bridge was reduced to 250 meters, and the Spit of Vasilyevsky Island has got its symmetrical finish.

For the first time in the world practice of bridge construction supports of Birzhevoy Bridge were built on a high-grid pile foundation.

The bridge had a cast-iron railing which pattern consists of short spears and the Trident of Neptune built in the dual cast iron bollards as a symbol of the seaport City.

In 2014 work on the illumination of Birzhevoy Bridge was completed. The luminaire lines directed at the spans and supports were mounted along the entire length of the bridge. Light emphasis was made on railing ornament depicting Neptune's Trident. The renewed evening appearance of the bridge is made in the same style with the surrounding buildings, and it serves as a guide for navigation along the river.