The ensemble of the Senate Square 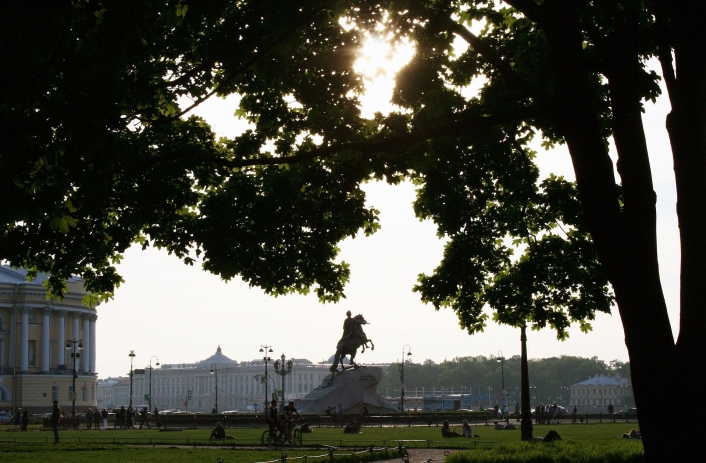 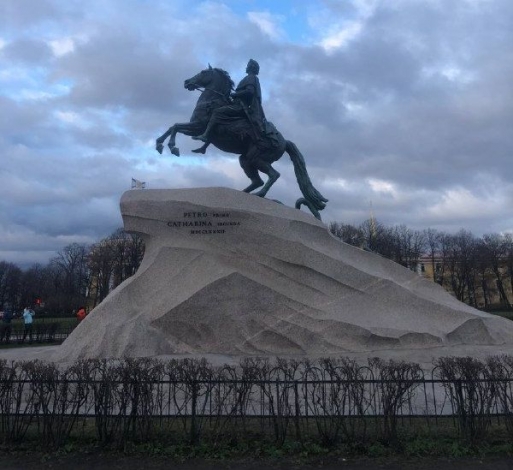 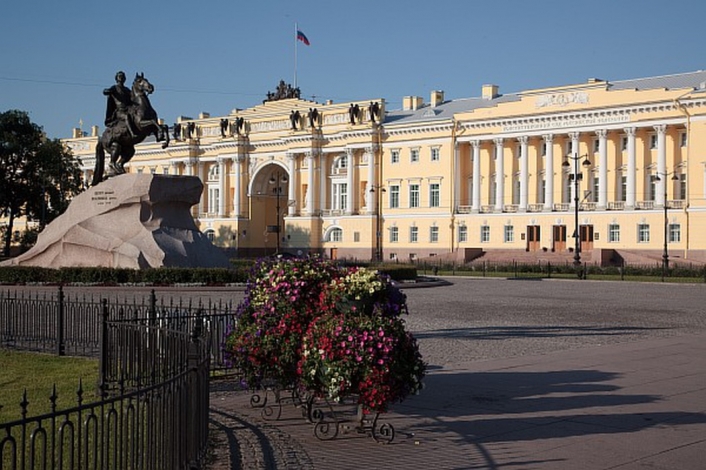 The history of the square dates back to 1704, its construction began with the construction of the Admiralty building.

The area adjoins the western part of the Alexander Garden, and from the northwest is bounded by the Admiralty embankment. Here the buildings of the Senate and the Synod (Bestuzhev-Ryumin mansion), connected by a triumphal arch over Galernaya Street, are situated.

The first building on the site of the current buildings of the Senate and the Synod was the half-timbered house of the most brilliant Prince Menshikov. In 1744, this piece of land was granted by Elizaveta Petrovna hto the Chancellor A.P. Bestuzhev-Ryumin, for whom the building was erected in the Baroque style.

The main tone in the architectural decision of the square is set by the Bronze Horseman, the proud silhouette of Peter the Great on horseback, trampling a snake, which was created by the outstanding French sculptor Etienne Falcone at the direction of Catherine II. Peter's head was made by Marie Anne Collot, Falcone's student, and the Russian master Fedor Gordeev created the snake. The monument was opened in 1782.

In 1923, the Senate Square was renamed to the Decembrists Square in memory of the December insurrection of 1825. Only in 2008, it got its historical name back - Senate.