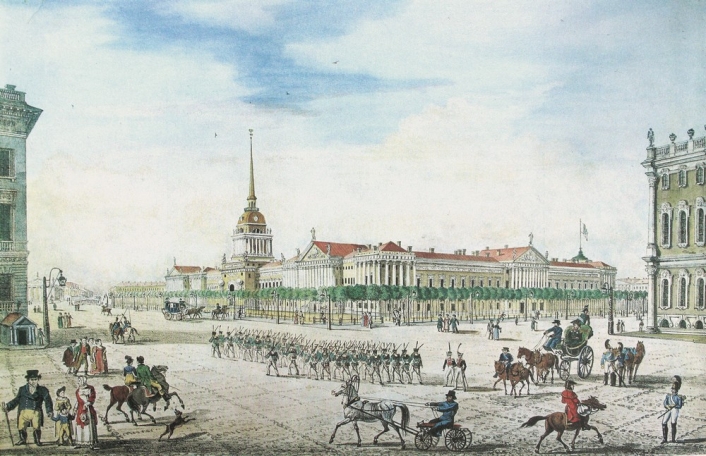 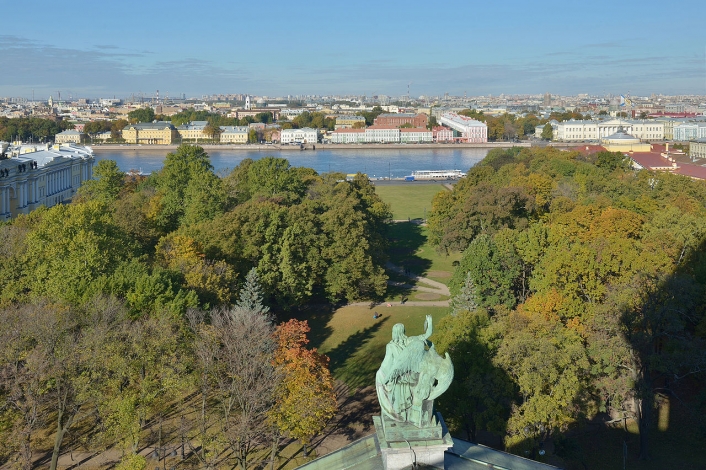 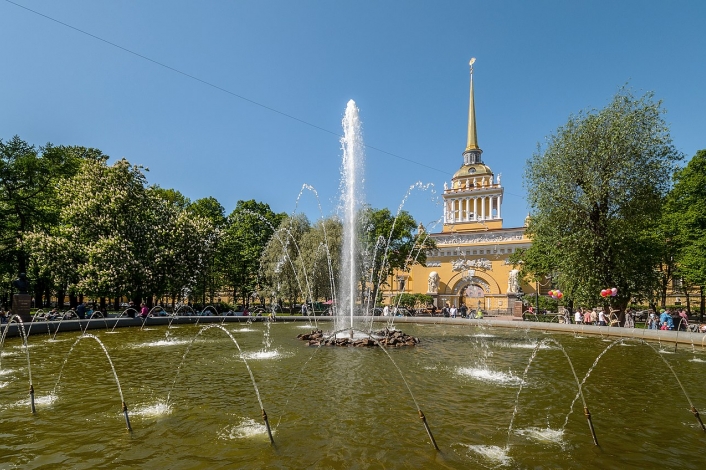 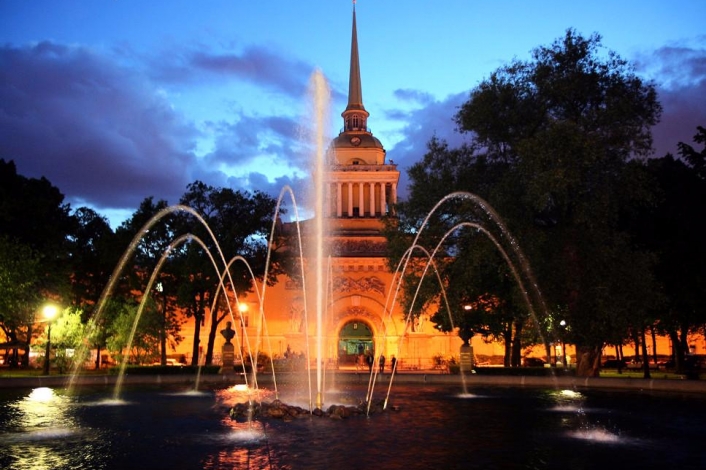 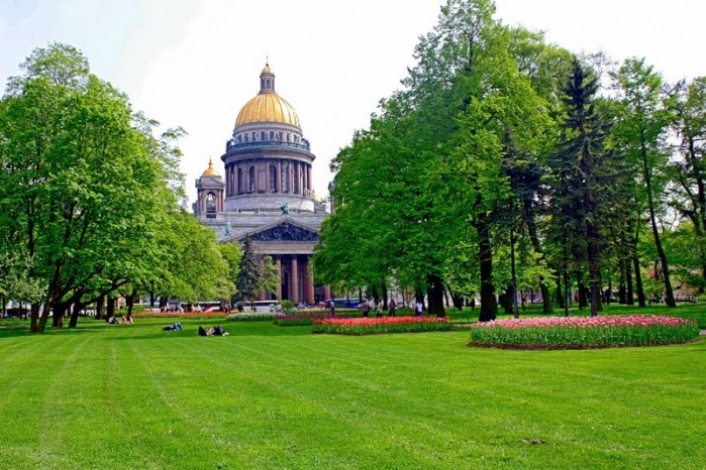 The Alexander Garden is located in the very center of St. Petersburg, at the walls of the Admiralty. The garden was named in honor of Emperor Alexander ΙΙ, in the Soviet years it was renamed: it was called the Garden of Workers, later the Admiralty Garden. The historical name was returned in 1997. Also, the garden has a popular name «Sashkin sadik».

The garden occupies 9 acres and overlooks the Palace and Senate Square. There is a famous fountain, which is often called «musical» or «singing» in the center of the garden. Among other attractions, there are monuments to Zhukovsky, Lermontov, Glinka, Gorchakov, Gogol and Przhevalsky, sculptures "Flora Farnese" and "Farnese Hercules", a memorial plaque on the site of the first line of the St. Petersburg tram, as well as an oak, planted by Alexander II.

As part of the historical development of the center of St. Petersburg, the Alexander Garden is included in the UNESCO World Heritage List.