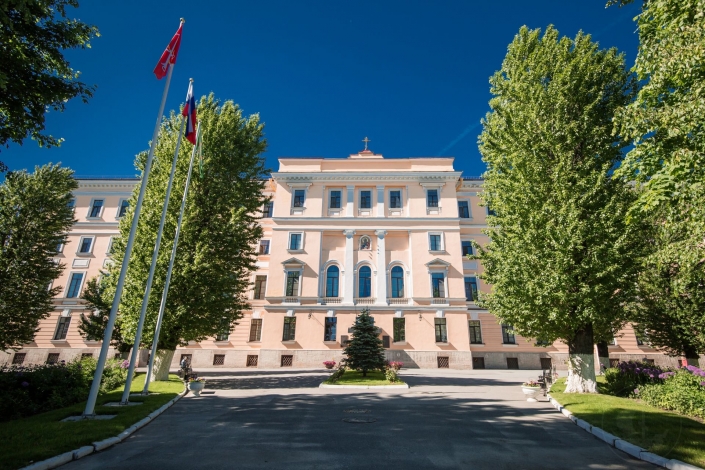 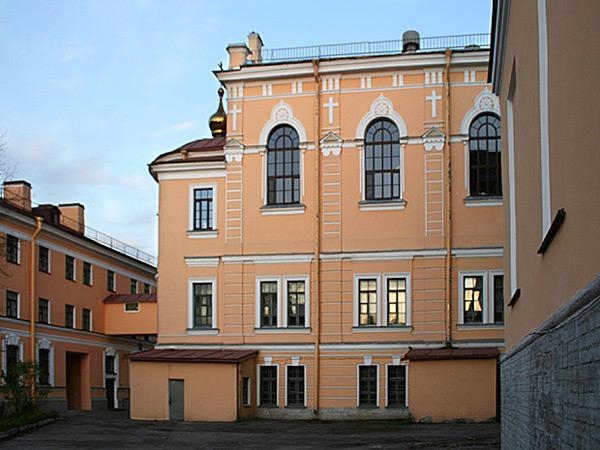 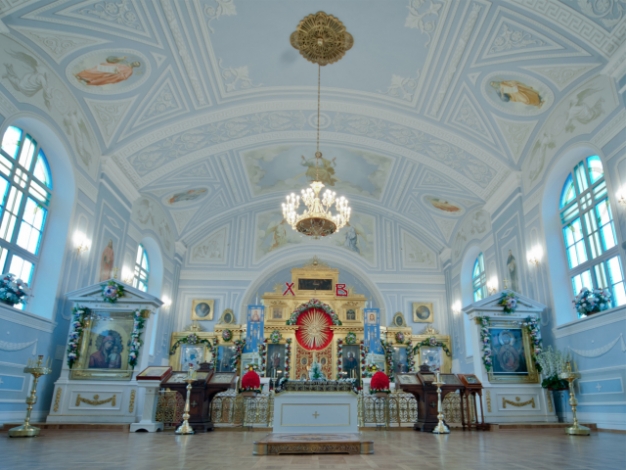 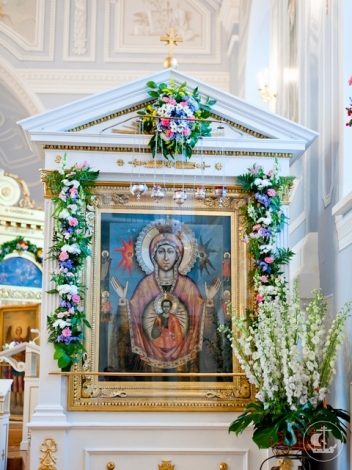 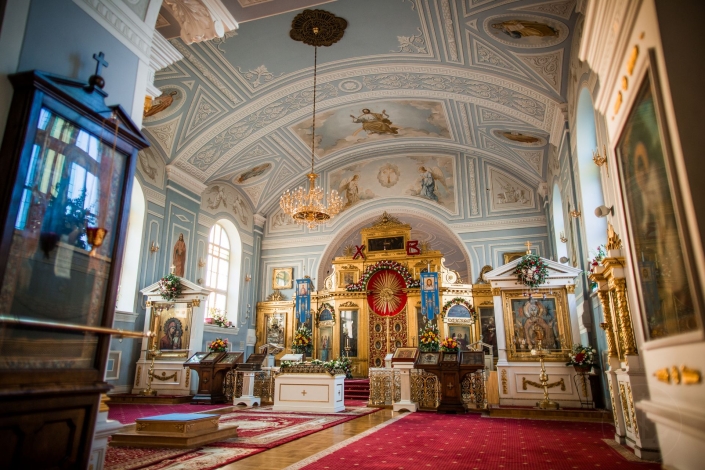 There are three churches in the St. Petersburg Theological Academy, and the main one is the temple in the name of the Apostle and Evangelist John the Theologian.

Historically, the temple belonged to the St. Petersburg Theological Seminary. The building of the seminary with a house church was erected in 1838-1841 according to the project of the synodal architect Apollon Fedoseevich Shchedrin. On September 26, 1841, the temple was consecrated, the ceremony was performed by His Grace Filaret (Amphitheaters), Metropolitan of Kiev and Galicia.

In 1884, when the seminary celebrated its 75th anniversary, it was rebuilt and expanded according to the project of the synodal architect Nikolai Nikiforovich Markov. A three-storey building with external decoration in the Russian style was added from the yard. The temple is located on the third floor. On December 18, 1888 it was consecrated by Archbishop Leonty (Lebedinsky) of Kholmsk and Warsaw, later Metropolitan of Moscow and Kolomna.

In 1918 the seminary was closed, and the church did not work either. On October 8, 1946, the church in the name of the Apostle and Evangelist John the Theologian was re-consecrated in the same place.

The church houses the miraculous image of the Most Holy Theotokos "The Sign" of Tsarskoye Selo, the family shrine of the Romanovs' house. It appears in Russia in the 17th century, when Patriarch Athanasius of Constantinople presented the image to Tsar Alexei Mikhailovich. After the founding of the new capital, St. Petersburg, Peter I transferred the icon to the palace on the Neva. In the spring of 1948, with the blessing of Metropolitan of Leningrad and Novgorod Grigory (Chukov), the icon was transferred to the revived Leningrad Theological Academy.