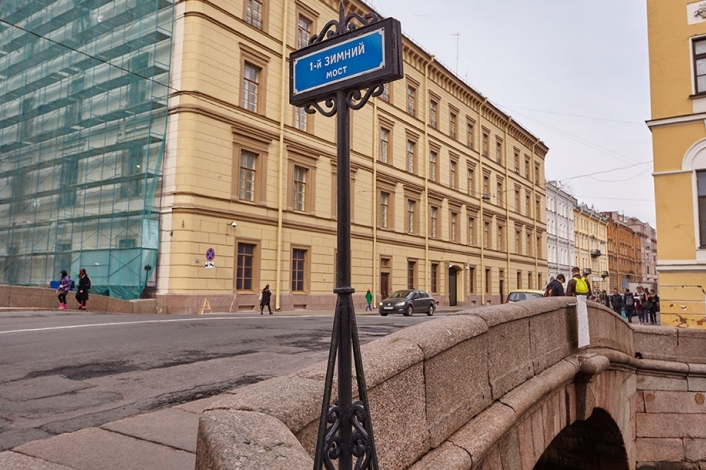 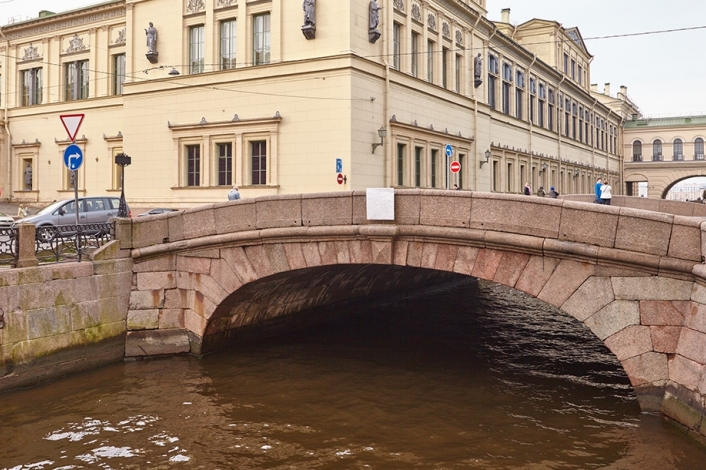 The 1st Zimny (Winter) Bridge (former Nemetsky Bridge: 1738, Millionny Bridge: 1770-1828, Zimny: 1829–1930) connects the 1st and the 2nd Admiralty Islands across the Winter Canal in Central District of St. Petersburg; it is located in the alignment of Millionnaya Street.

In 1718-1719 the canal named as Zimnedvortsovy (now the Winter Canal) was cut between the Moyka River and the Neva River. The wooden drawbridge was built across it. In the middle of the XVIII century it was replaced with the three-span beam wooden bridge.

In 1783 the stone bridge was built on the place of the former bridge across the Zimnedvortsovy Canal. Material and fabricated parts (articles) of the bridge built in 1978 across the Red Canal at the Marble Palace under the project of architect I.L. Rossi were used. This canal which flowed in parallel with the Lebyazhy Canal from the Neva River to the Moyka River along the Field of Mars, was filled in 1780.

In 1955 the bridge was repaired under the project of engineer B.B. Levin of Lengiproinzhproject. During the works the stone arch and roadway of the bridge were partially repaired.

The 1st Zimny Bridge is a monument of architecture and engineering construction of the second half of the XVIII century.