The past, present and future of Russian gas in the mirror of the history of St. Petersburg. Affiliate route.

St. Petersburg can rightfully be called the "Cradle of Russian Gas". After all, it was here, at the beginning of the 19th century, that this industry, which is most important for the country's economy, was born and actively developed over the course of two centuries.

Famous St. Petersburg sights will appear before us in an unexpected perspective. We will also get acquainted with the most interesting monuments of industrial architecture - gas tanks, which are not found in traditional tourist guidebooks for the Northern capital. 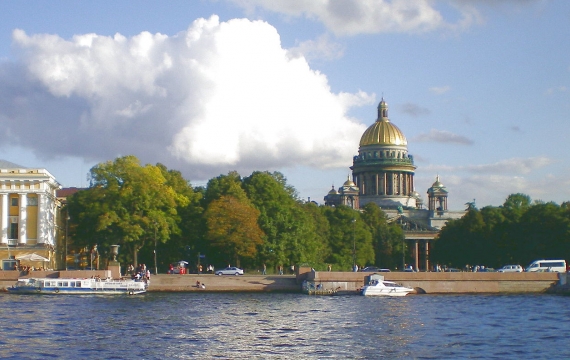 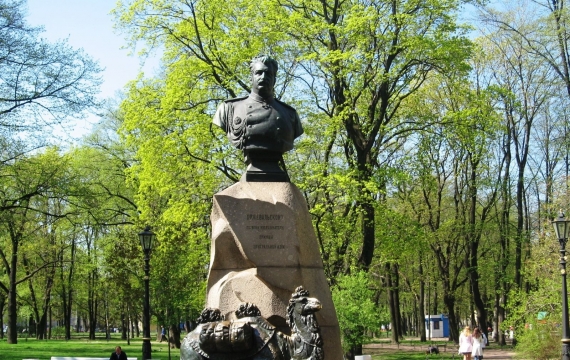 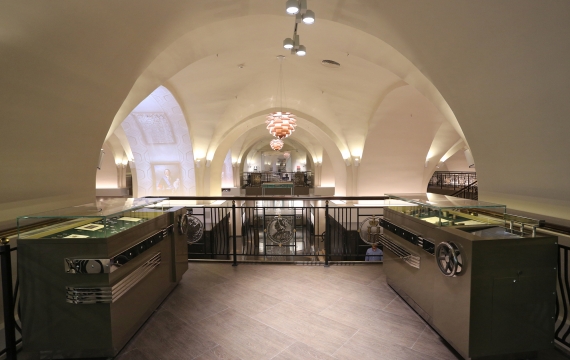 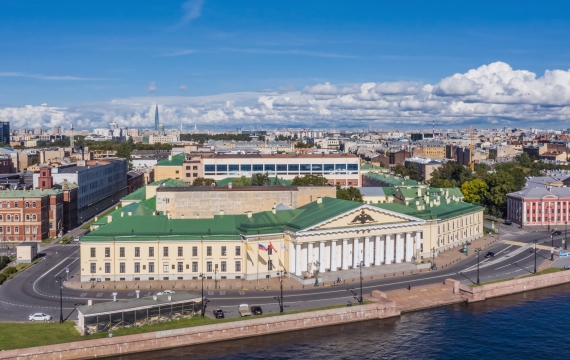 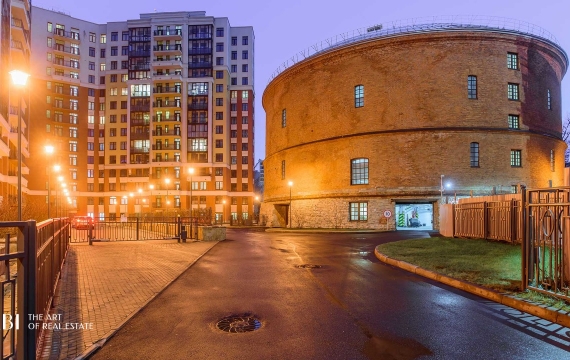 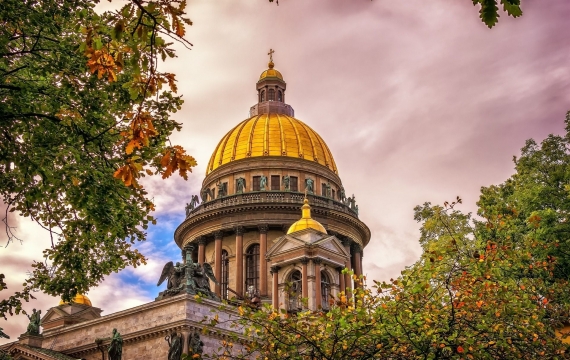 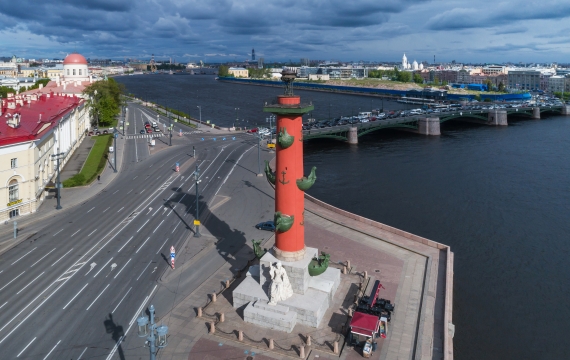 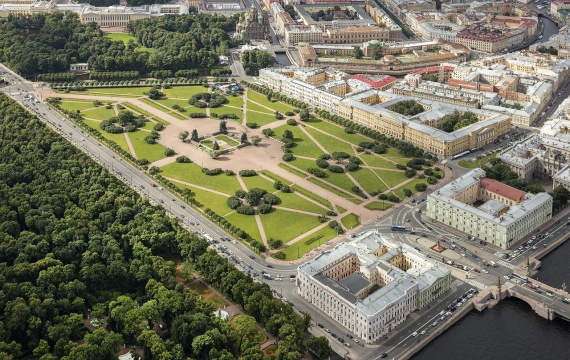 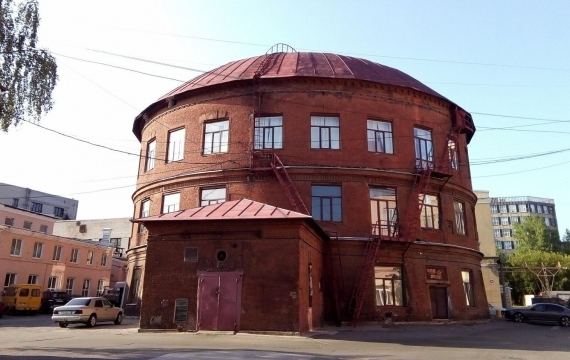 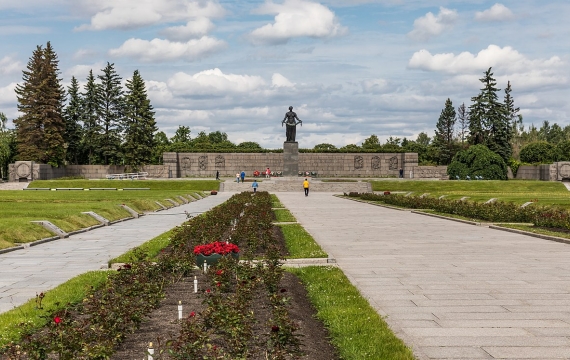 This route can be taken both offline, moving around St. Petersburg by car with a smartphone in hand, and online - using video-excursion , developed by Gazprom Mezhregiongaz for a special project https://историягаза.рф/.

We begin our journey through time and space from the Alexander Garden, where gas lanterns first came on more than 200 years ago. The author of the project was the Russian engineer Pyotr Grigorievich Sobolevsky (1782–1841), who created a "thermolamp" - an installation for extracting lighting gas by dry distillation of wood.

On the evening of May 23, 1813, passers-by who were strolling along Admiralteisky Boulevard (now the Aleksandrovsky Garden) saw how the lanterns installed on it flashed with an unusual bluish light, and after 2-3 minutes they began to burn with an even white flame. This is how street gas lighting was demonstrated for the first time to Petersburgers.

In 2010, in memory of this event, gas lanterns were installed in the Alexander Garden around the Przewalski monument.

Mint in the Peter and Paul Fortress. It was here in 1813, after the completion of experiments with gas lanterns, that Pyotr Sobolevsky continued his work. He built an industrial plant designed to receive not only luminescent gas, but also coal, tar and tar. However, the results of the experiment turned out to be more than modest. Soon Sobolevsky received an invitation to work at factories in Perm, where he managed to design a more advanced "thermolamp".

We are moving to Vasilievsky Island, to the building of the Mining University. It was here that in 1824 Pyotr Sobolevsky returned after working at the Ural factories. The Mining University (at that time - the cadet corps) was the first higher technical educational institution in Russia, where the leading engineers of their time worked.

Sobolevsky was entrusted with the organization of the scientific laboratory of the Mining Cadet Corps. After successful experiments with lamp gas, he switched to metallurgy. But in the history of science, Sobolevsky remains, first of all, as the father of the Russian gas industry.

Once upon a time here, between today's Zaozernaya Street and Moskovsky Prospekt, there was a huge gas plant. The only gasholder on Zaozernaya Street has survived to this day. Today it houses a multi-storey car park. And once an underground gas pipeline ran from these gasholders to two hundred and four permanent gas lamps that illuminated the streets of the capital.

In the second half of the 19th century, several gas companies were established in St. Petersburg, the main of which was the Capital Lighting Society, created in 1858. The gas plant was located on the bank of the Obvodny Canal and included four gas tanks built by the architects Bernhard, father and son. The most famous of them was built in 1884. At present, it has been converted into the world's largest St. Petersburg Planetarium No. 1.

We return to the historical center of St. Petersburg - to St. Isaac's Cathedral. It took 40 years to build, from 1818 to 1858, and during its construction the builders had to solve the most difficult engineering problems. In 1869, it was decided to apply technical innovations in the lighting of the temple. Gas pipes were brought to the cathedral, and four lamps were installed on the roof at the corners of the building. They were lit on solemn days.

At the beginning of the 19th century, when Thomas de Thomon was creating the Strelka ensemble of Vasilyevsky Island, there was a port here. Rostral columns served as lighthouses, and oil lamps burned on them. At the end of the 19th century, the idea of replacing them with electric ones was discussed, but the project was not implemented, and only in 1957 gas was supplied to the tops of the columns.

We are going to the Mars Field. Here in the same 1957, on the occasion of the fortieth anniversary of the October Revolution, the first eternal flame in the Soviet Union was lit.

This solemn event opened a new era of gas supply to Leningrad: the city was gradually transferred from artificial gas to natural gas. The design of the Eternal Flame burner is unique: it is not afraid of wind and rain, the fire never goes out.

Another landmark for our city and for the whole country, the Eternal Flame lit up in 1960 at the Piskarevskoye cemetery in memory of the hundreds of thousands of people buried here who died during the blockade. We will go there a little later.

Did you know that there is a whole Gaz Street in St. Petersburg? It is located on the Petrograd side. In the second half of the 19th century, this site belonged to a joint-stock company for gas lighting of the Petersburg and Vyborg sides. These places were popularly called the "Gas Wasteland". The gas holder of the St. Petersburg Gas Plant, erected in 1900-1902, has been preserved here to this day. designed by engineer Korvin-Krukovsky.

We are heading northwest to admire the unique modern high-rise building. This is the Lakhta Center, the northernmost skyscraper in the world and the second tallest building in Europe, it is second only to the 540-meter Ostankino TV tower in Moscow.

In 2021, this futuristic tower will house the office of Gazprom, one of the leaders in the global energy market.

The final point of our journey through Gas Petersburg is the Eternal Flame at the Piskarevskoye Memorial Cemetery. We are going there to honor the memory of the victims of the blockade and the valiant defenders of Leningrad.