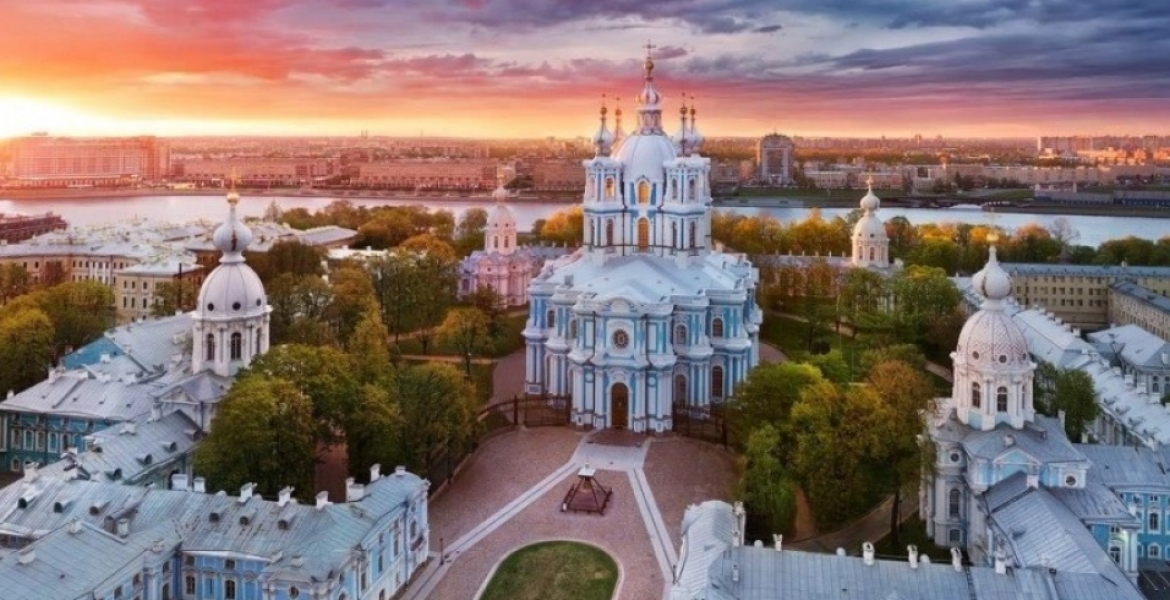 Guided tour of the Smolny Cathedral

Temple architecture, magnificent interiors and the ascent to the belfry

You will get acquainted with the architecture of the Cathedral and the Smolny Monastery complex, learn about the history of the area on the bend of the Neva River. Inside the temple, the guide of the Smolny Cathedral will tell about the interior of the temple, as well as about the history of the cathedral, the monastery, charitable and educational institutions, including the Educational Society for Noble Maidens. At the end of the excursion, you can climb the highest observation deck in the center of St. Petersburg - the cathedral belfry.

The entrance to the belfry of the Smolny Cathedral is open every day from 08:00 to 20:00. From here, from a height of about 50 meters, a stunning view of the entire center of St. Petersburg opens up - the elegant festive city sparkling with numerous lights and garlands.

History and interiors of the most beautiful temple in St. Petersburg.
Climbing the belfry - the city center from a bird's eye view.
In summer - every day, no prior registration is required.
Excursion and pilgrimage service of the Smolny Cathedral.
Online
Book that excursion 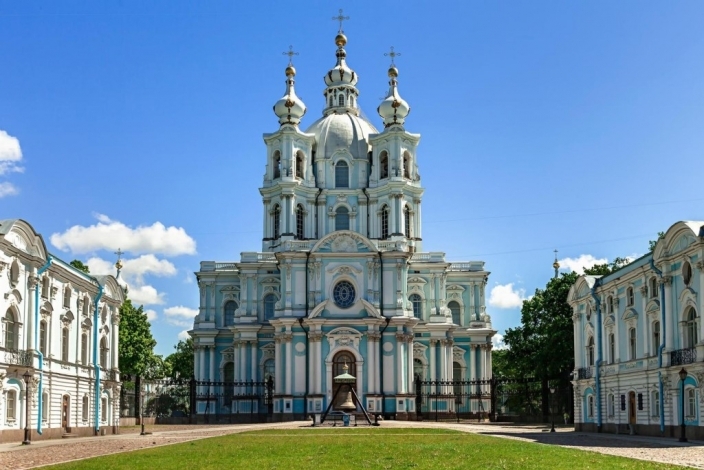 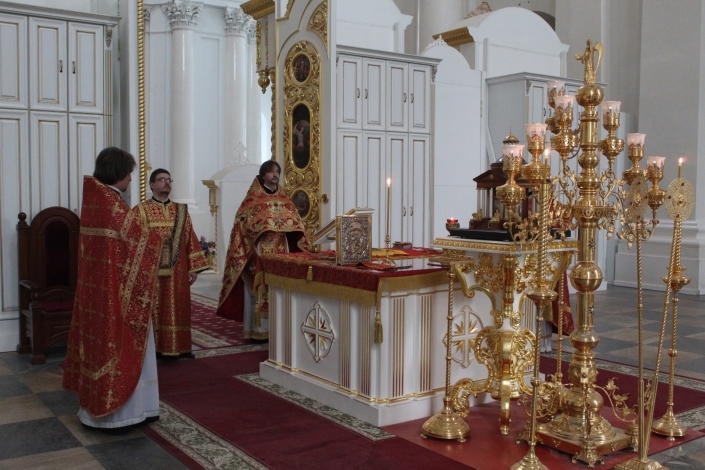 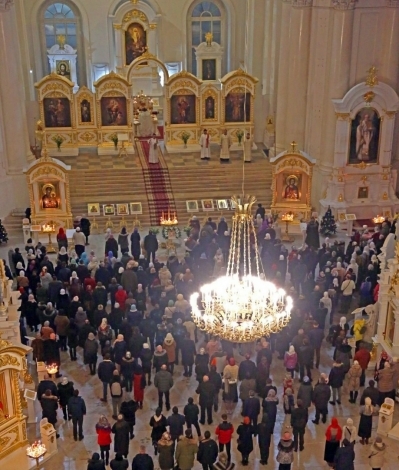 The Resurrection Smolny Cathedral is part of the architectural ensemble of the Smolny Monastery. Until 2016, it was a concert venue for classical music, now it is a functioning Orthodox church.

The cathedral was consecrated in 1835, 87 years after the foundation stone was laid by Empress Elizabeth Petrovna in 1748.

The author of the project, the outstanding architect FB Rastrelli, created his creation in the Elizabethan Baroque style, but did not manage to complete it. The interior of the temple at the beginning of the nineteenth century was created by another famous architect - V.P. Stasov. The building was built in the lush Elizabethan Baroque style. The walls are painted soft blue, the domes are gray. In terms of the style of architecture, Smolny Cathedral looks more like a palace than a temple.

The temple received the status of a cathedral of all educational institutions in memory of Empress Maria Feodorovna. The cathedral was provided from the funds of the State Treasury and was assigned to the Department of Institutions of the Empress Maria, a parish from the residents of the nearby district was allocated to it.

For almost 90 years, divine services have been regularly held in the temple. An especially solemn service was celebrated on the day of St. Mary Magdalene, Equal to the Apostles, when the imperial family came to the temple, the heads and students of the city's female educational institutions gathered, including the first higher female educational institution in Russia - the Educational Society for Noble Maidens.

For up-to-date information on days and hours of excursions, visit the Smolny Cathedral website http://smolniy.cerkov.ru/